Mystery fault may have triggered blackout 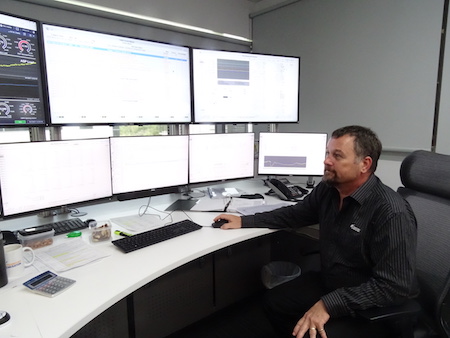 A fault known for several years in the transmission system just south of The Gap, near Sienna Village, is likely to have been the cause of the power failure throughout the town on Thursday.

This was aggravated by the response effort being managed between Alice-based staff, with extensive local knowledge and System Control Senior Management, as well as the new Darwin-based Remote Operations Centre (ROC), which is still in the process of being made fully operational.

The Electrical Trades Union told the Alice Springs News Online in July that it is opposed to the ROC: “I hate to say it, but we told them so,” said NT organiser David “Strawbs” Hayes today.

“Control was taken out of local hands.”

He says there have been extensive investigations of the fault near The Gap – which could cause trouble again – but the exact location of the fault is still not known.

The wires are above and underground. Why a network fault can shut down two power stations again proves a problem that needs to be resolved, he says.

“A sure way of fixing it would be to put in a new circuit in that general area. But that would cost money, of course, and protection settings also need to be looked at,” says Mr Hayes.

He claims the management of the blackout was poor and power in parts of the town, especially its western side, should have been restored much sooner.

Compared to previous blackouts the difference now is that after the structural separation of PowerWater there are two separate entities.

“We would hope that senior operators with extensive experience are involved in the investigation. We’ll know in the next week or two,” says Mr Hayes.

“The Alice staff is working well with local management, but runs into brick walls with senior management in Darwin.”

Security of supply is further affected by delays with the 10 engines at Owen Springs, subject of the $75m controversy plaguing the Giles Government in the lead-up to the 2016 election in which it was all but annihilated.

The new plant was due to be handed over on December 31 this year. We understand there will be delays of some months in the handover, says Mr Hayes.