How vision and planning reversed a small town's fortunes

Above: Once in decline, now thriving, the mediaeval hilltop village of Petritoli, located between mountains and the sea.

When Alice Springs architect DOMENICO PECORARI recently spoke to the Town Council in support of its move to develop long-term, big picture planning (a master plan) for the town, he spoke of a planning success story he is familiar with on the other side of the world. Alice Springs News Online invited him to tell this story in more detail.

These days, I like to share my time between Alice Springs and my “home in Italy”, Petritoli, a picturesque mediaeval hilltop village in the southern Marche region of Italy. It was my mother’s home town and today is a lively and welcoming community of 2,400 people. It boasts three bars, three restaurants and a pizzeria, two mini-marts and several specialty delis, but it was not always so … 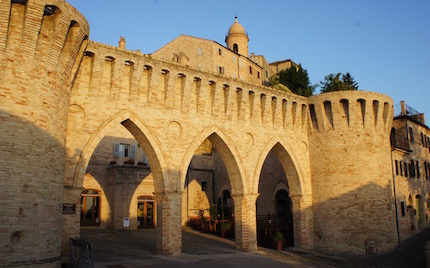 Some twenty years ago, Petritoli was experiencing a slow but steady decline in its population, particularly in its historic centre, as its young and more able moved to the larger cities and towns to study and work – a story not uncommon in the Italian countryside.

Left:  Tre Archi, the imposing entrance to the historic centre of the village.

It took an enlightened “comune”, or local council, to develop a vision and the plan that was to reverse this trend and set Petritoli on the path to recovery that has made it the thriving place it is today.

The process began with an assessment of the village’s assets, and the realisation that Petritoli had managed to retain its largely intact historic centre, parts of which dated to the 12th Century and included several unique architectural features that were not being utilised.

The comune set about repairing and restoring the street facades of several public buildings under its control and leasing them to tenants for business purposes, as well as reversing some past practices such as patching potholes in its stone-cobbled streets with bitumen. 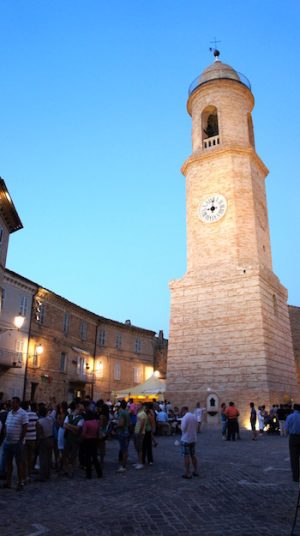 State funding was sought for the restoration of the municipal building and library, the unique bell-tower, the three-arched gateway into the village, and the little jewel of a theatre that is a miniature version of the famous La Scala in Milan.

Developers, seeing the potential, also began investing in the place.  One enterprising Belgian transformed the main palazzo into the village’s main hotel, and another expat set up a website and began promoting Petritoli as a desirable destination for weddings with his business managing the whole event, utilising local suppliers and producers.

Right: La Torre (The Belltower) watches over the oldest piazza in Petritoli, in which wedding parties are able to hold their reception “under the stars”.

When the owner of the hotel sought to extend the palazzo to meet growing demand, he was politely told it was not possible as it would impact upon the most valued asset of the place: its historic setting.

He was, however, offered the option of buying up the vacant properties in the vicinity of his hotel, and converting them into holiday apartments that today give guests the feeling that they are not just visiting, but “living” in the village, becoming “Petritolesi” for a short while, a winning solution that has left everyone smiling.

With the conditions on the ground set in place, Petritoli has seen a transformation that has re-vitalised the place, the most noticeable change being the number of young people and families in the streets and in the cafes, and the many annual arts and cultural events hosted by the council, most of which are free to the public.

Today, Petritoli hosts some 12 to15 weddings in the summer months, which sees parties of between 60 and 120 people converging on the little village from all over the world, for up to a week.  This has provided the economic foundation for a host of associated tourism activities, the establishment of numerous successful B&Bs and a tourism office staffed by local young entrepreneurs. 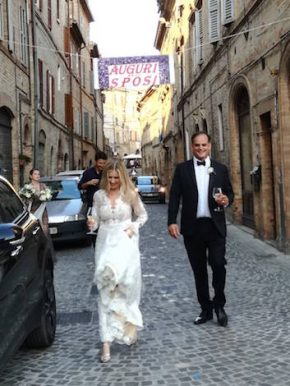 Visitors also come on week-ends to climb the bell-tower for its 360 degree views over the surrounding countryside, stroll through the historic centre and enjoy the local cuisine in the restaurants and cafes.

Left: The village opens its heart to wedding parties and guests become “Petritolesi” for a time.

They also visit the Printing Museum of my good friend, Giancarlo, who as well hosts many walking tours for groups of tourists.

The little village of Petritoli stands as testimony to the transformational power of good planning in achieving successful and prosperous communities, retaining its youngest and brightest and enjoying return visitation from those that have had a taste of its warm hospitality.

In stark contrast, the nearby village of Monte Vidon Combatte, my father’s birthplace, has continued in its decline, with only a handful of its oldest residents still living in its largely deserted historic centre.


Below: My friend Gentile makes everyone welcome at his Bar Comunale, the oldest in the village, dating back to the late 1800s. 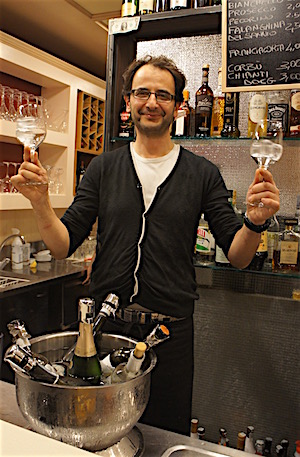 Below: My friend Giancarlo in his printing museum, explaining the process of old-style printing to visitors, on a piece of equipment that is the only complete working example of that particular model in the whole of Italy. 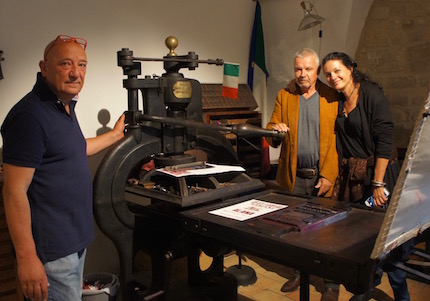