It's all in a weekend's work for nerds 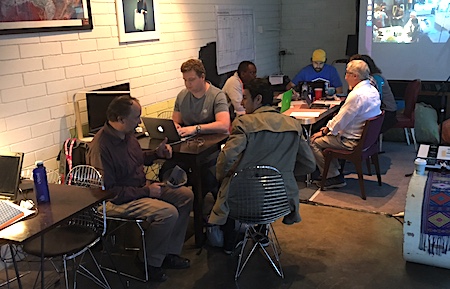 You want to report a fire and it can only be done by phoning 000. Pronunciation, spelling of street names and other details take some time to communicate.

You see a fire or smoke and you assume its’s already been reported.

You’re a fire fighting coordinator but you don’t know who’s available to call out.

You’re a fire fighting volunteer but you can only be contacted by phone.

A fire’s been reported but it was a hoax.

In just 48 hours Alice Springs leading computer coders, developers, hackers and creatives developed an app that can streamline all that, allowing anyone involved – or interested – to be kept in the loop through text, maps and images on their mobile phone, with automatic GPS coordinates of the locations.

Messages such as “can attend” get to the operations centre at the push of a button.

This project was developed by Hutsix, one of several projects developed in Alice Springs during the national GovHack competition, using government systems and open data.

“We were very lucky to have a great combination of coders, project managers, creatives and big data gurus. There is so much talent in this town.”

Another task was to create a hard waste pickup service that can be done more efficiently. It costs too much is often the reason given for not having kerbside recycling in its various forms.

This app is called Pick Me Up NT and the team was headed up by Mr Baxter.

You type in your address, name, whether your property is rateable, and what it is that you want picked up.

This puts you into the system and town council or private business can respond appropriately to the market opportunity or service obligation that exists. This helps coordinate pick up runs and resource allocation.

In this age of renewable energy there’s an important detail that often doesn’t get as much profile as would make sense: The solar energy generating potential. 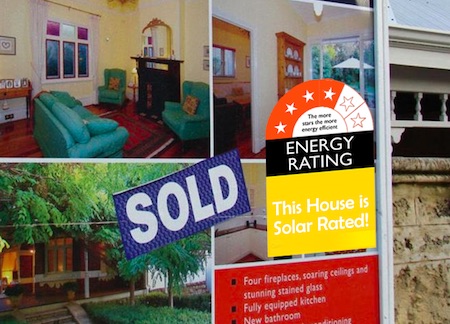 With battery storage, soon this will be directly correlated to property value, according to one Alice Springs GovHack team.

With SolarRated.com.au they developed a simple tool that creates and orders a sticker and promotional materials for selling or leasing your solar powered property.

This encourages people to consider and value solar when making their next decision to purchase or rent, adds your home to a map of solar friendly properties across Australia, and, says Mr Baxter, “increases the saleability of your home”.