Home Issue 6 Government concessions: some are not getting a say
Issue 6Volume 24

Government concessions: some are not getting a say 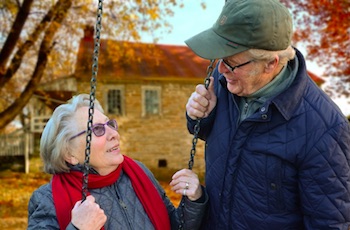 Sir – The NT Pensioner Carer Concession Scheme (NTPCCS) review process may not allow all affected Territorians the chance to have their say.

One hour for consultation sessions in the major centres across the NT seems insufficient for working through reforms in such a significant social policy area.

In addition, the online feedback being encouraged will not necessarily be accessible to many affected Territorians, such as those in remote areas and those with limited digital literacy.

There also appears to be uncertainty in the broader community about what the impact of the NTG’s proposed changes will be.

NTCOSS believes that concessions, often in the form of subsidies or waivers in essential household expenditure areas, are a crucial component of the social policy framework of any society, and which are usually provided on the basis of low-income, special needs, disadvantage, or another category such as age or war service.

In line with this, NTCOSS firmly believes that concessions must be targeted to those most in need. Since 2009 NTCOSS has been calling on the NT Government to implement two major reforms:

NTCOSS is concerned about the NTG’s proposed debit card scheme.

The current structure of the NTPCCS provides a very effective budgeting tool which ensures that concessions, tied to specific expenses, are applied in a very timely fashion and when most needed – either at the same time as a bill is due or prior to a bill arriving.

A debit card would not be able to achieve this, especially if a household used up its yearly debit card allocation part way into a year.

NTCOSS supports the broad notion of the NTG’s proposed two-tiered system, which would address the government’s concern that concessions are paid out more to home owners than renters.

We think it would be effective to have one scheme targeted towards senior Territorians (as part of a broader population growth / senior retention strategy), and a separate scheme targeted to pensioners, carers, and low income households which is based on easing cost of living pressures.

Within this context, NTCOSS believes that it is appropriate to review the eligibility for concessions, and we support some means testing to ensure the concessions are targeting those most in need.

NTCOSS is particularly concerned that people on the lowest incomes (e.g. Newstart and Youth Allowance) do not qualify for the NTPCCS, which leaves the NT out of step with the rest of Australia, where all other states and the ACT provide at least an electricity concession to all Commonwealth Health Care Card holders.