Show is a snapshot of the region, says GG 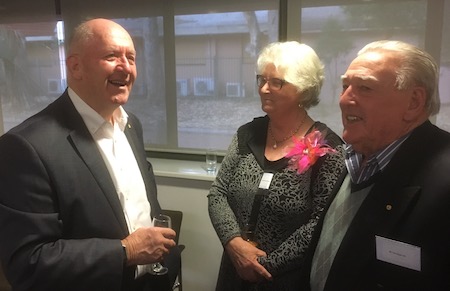 What does Governor General Peter Cosgrove think will be making the Alice Springs Show, which he will officially open tomorrow, different to most of the others around the nation?

“Because it has a huge footprint area. Some people, to come to this show, would have travelled vast distances.

“I also think there is a special quality about Central Australia,” said the Governor General to the Alice Springs News Online.

“It is in the internal ocean which is Australia. And the people, whilst not living on the coast, they still have that very strong streak of hardiness and pioneering spirit about them.

“They are people who know a friend is gold but there is a lot of stuff you’ve go to do for yourself.”

Alice Springs is part of a nation-wide tour of annual shows the Governor General is undertaking because he says they are a snapshot “not only of the town community but people who are primary producers from that area. They all come to town for Show Day.

“They’re all there, they’re are all happy. They have a chat, they are showing off, they are getting together with their mates.

“It is a very good way to reach out to as many people as possible.”

The Governor General is pictured with Nerys Evans and Ted Egan at a reception hosted by Mayor Damien Ryan yesterday.