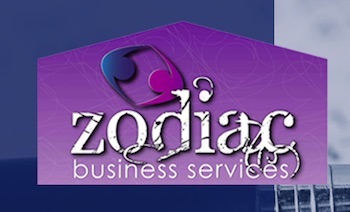 NT fracking probe chairperson Justice Rachel Pepper is justifying the engagement of an economic consultant, who has multiple links with the petroleum industry, by saying “a rigorous assessment process” of the “current NT Government procurement processes” has been followed “which included oversight by an independent probity advisory”.

This coincides with those processes being seriously questioned, following the Zodiac enquiry which resulted in major criticisms.

Zodiac gained a government contract managing town camps when Bess Price was the Minister and she got a job with that company after her government was defeated and she lost her seat.

Tangentyere Council, which represents town camps in Alice Springs, has now also issued a statement highly critical of the process.

Following an independent audit, NT Department of Housing and Community Development Chief Executive Jamie Chalker is quoted by the NT News as saying: “Whilst I am satisfied that the tender was awarded to the organisation with the highest value for money score … we need to learn from this.”

The NT News says the audit found “no direct or indirect evidence of external interference” in the procurement but  auditors Merit Partners “identified a number of areas where government personnel didn’t comply with best practice guidelines.

“These related to the objectivity of panel members, aberrant pricing and a failure to appropriately investigate an allegation of bias.”

Justice Pepper does not dispute the statements by anti fracking groups that the company, ACIL Allen Consulting, now hired by the NT Government ordered inquiry, has major clients in the resource industry.

Nor does she dispute allegations by Rod Campbell, Director of Research, Australia Institute, that ACIL got it badly wrong at least on one occasion.

We asked a spokesperson for Justice Pepper who was on the selection panel, including the providers of the “probity advisory”.

We told the spokesperson we wanted to ask the providers of that advisory whether they could not find a suitable consultant who had links with neither the NT Government nor the petroleum industry.

We would also like to ask the provider what the “probity advisory” consisted of.

So far we have not been given those details.