Town throws a party in the spirit of Christmas

On a sweltering December evening thousands of locals thronged Todd Mall last night for the annual Christmas Carnival, organised by the Town Council and wanting for nothing when it came to atmosphere, diversity, fun and community feeling. 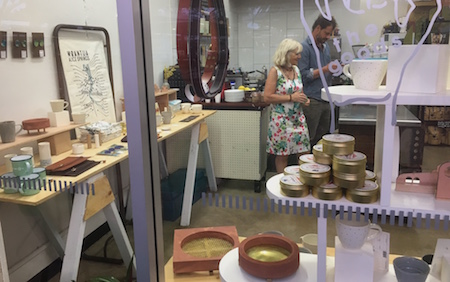 We started in Todd Street North, with the pop-up shop installed in a corner of The Goods cafe, featuring distinctive design and craft work by the Elbow Workshop (James Young and Elliat Rich) as well as ceramist Mel Robson. 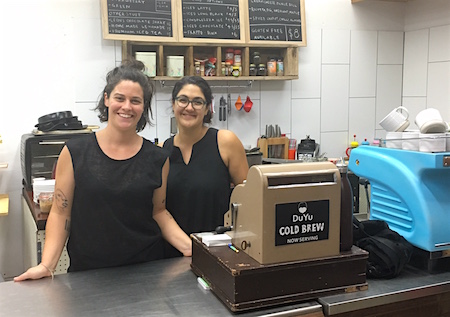 Inside operators,  Aoife Milson and Anna Flouris, were celebrating the cafe’s first anniversary. 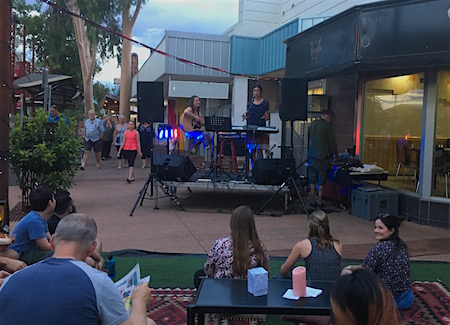 The sound of live music drew us southwards: first stop, a little stage outside Piccolo’s, rugs on the ground for the audience, and a lovely double act (the program tells me that it was Nicole Sookia on keys and vocals). 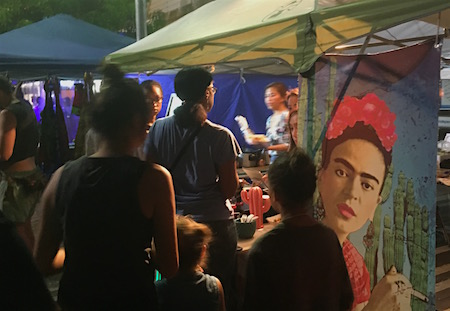 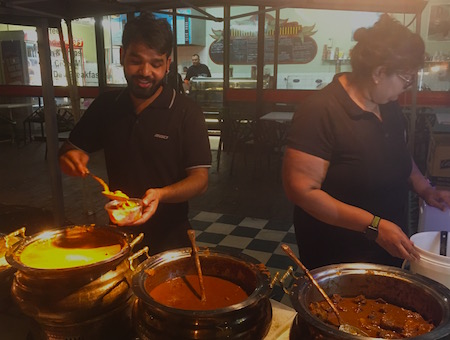 Food stalls along the way were doing a lively trade – flavours of the world, take your pick. 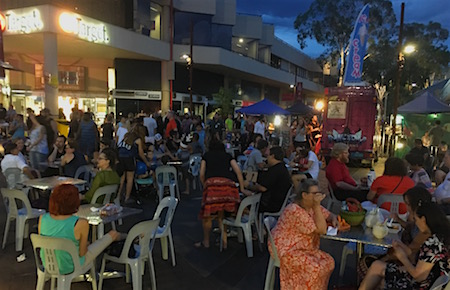 Tables and chairs at the intersection soon filled up with diners and crowd watchers, as the African fusion ensemble, King Marong and the Tamala Express, were starting to warm up. 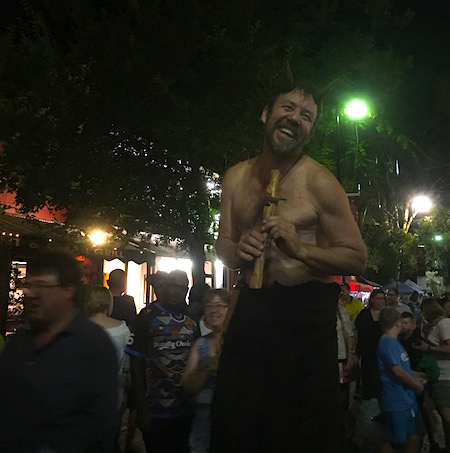 A very tall Pan with pipes made his way through the throng at its thickest (you might recognise – above the stilts and under the horns – Greens candidate for Lingiari in the last federal election, Rob Hoad). 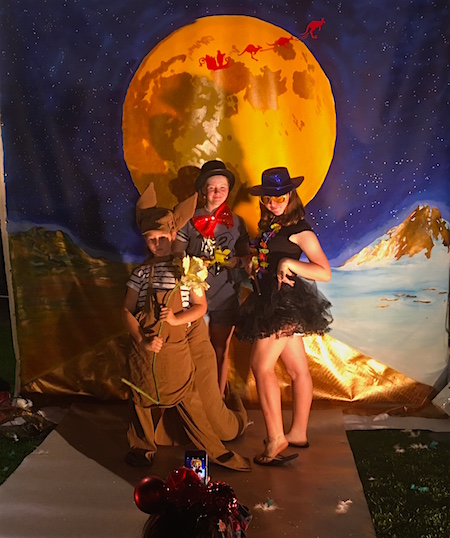 There was all sorts of free fun for kids, some of it time-honoured like face-painting and waterplay, while Red Hot Arts came up with this “live art installation” – complete with photographer to record the moment. 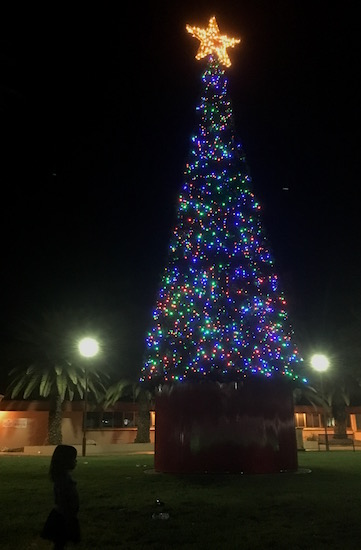 By the time we got to the Christmas Tree on the council lawns – via a queue for ice-cream – we’d missed the action. But one little girl was still transfixed by its lights. 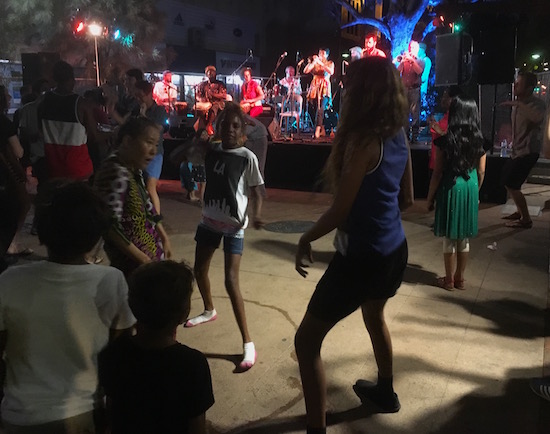 Catching drips from our cones, we wandered back up the mall in time for the finale from King Marong and co that had the crowd on its feet, none so nimble as the kids.