In the fictional community of Alangkwa Valley, Whitney and Ronnie, both attractive and charming, are drawn to one another from their first meeting. But they are “wrong skin”, meaning that, under the intricate kinship system of their heritage, they can’t marry.

This Aboriginal version of a star-crossed lovers story is one of the narrative strands of the four-part series, Our Place. Written and directed by singer-songwriter Warren H Williams and emerging film-maker Micha Bartlett, it is a first for ICTV, an Indigenous television service delivering programs to remote communities.

“This is the community life that the world doesn’t see,” said Williams, introducing the premiere screening of all four episodes at the Araluen Arts Centre last Friday. 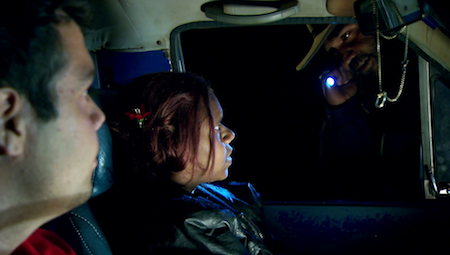 Don’t expect gritty stories of distress and poverty and injustice. There are plenty of those in news media. Think more of family dramas in an early evening TV time slot – recognisable characters within a small community, dealing and sometimes struggling with everyday realities, their stories told with a light touch and an emphasis on humour and hope. To do this in a believable Aboriginal community setting is the achievement of Our Place.

You don’t get squalor but you do get the pressure of stretched resources: power going off when the card that keeps the meter ticking runs out; fridges empty and hungry kids eating junk; a funeral delayed because the money to pay for the coffin has been gambled away and for the moment there’s no more; tension over the distribution of royalties (money from which finally allows the funeral to go ahead). These are not laboured points but are there as part of the unfolding picture of daily life.

You don’t get the worst of the drinking, but problematic drinking is nonetheless threaded into the stories. Celine, Whitney’s big sister, struggles to stay away from drink, even when keeping custody of her children is at stake. Her cousins, particularly Faith, uses drink and gambling to fill in the long idle hours. Whitney’s grandmother warns her against staying out late because there are too many drunks around. Whitney, on her first date with Ronnie, is fed capfuls of bourbon.

In this family drama, you don’t get the violence but you do gets its threat: when Whitney is sprung on the date by her big brother, Lionel, she warns Ronnie to run; when Lionel – who has a bottled up anger from wearing too much responsibility – returns the drunk young woman home, he raises his hand to strike her. 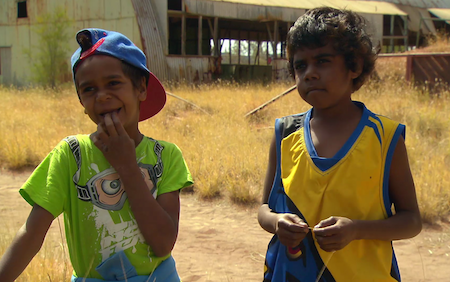 You get kids skipping school, though a delightful pair of little ‘Bad Boyz’ make skipping school look like fun. Their sister takes herself to school, with a bit of help from her grandmother (and none from her hungover mother). You also get Whitney at boarding school. She’s come home at the end of Year 11 and is tempted by her romance to drop out, but her grandmothers urge her to finish. One even counsels her to stay single – you don’t need men to be happy, she says.

You get some people doing paid work, particularly Lionel who is with the council and seems to run the place. He grumbles about being the only one to do any work and, apart from the grandmothers looking after their families, including their rather hapless grown daughters, that’s more or less what it looks like. In this regard what is notably missing from Our Place is the presence of young males – storylines to think about if the series continues.

Woven into all four episodes is a strong sense of country – beautifully filmed in the rich light of early mornings and late afternoons – and the bonds of family and community. Both may be somewhat idealised but the portrayal seemed to give a great deal of satisfaction to the residents of Amoonguna who provided the location and cast for the series. They made up a good part of last Friday’s audience and clearly relished what they saw, a view from the inside out for a change.

ICTV’s brief goes beyond the Centre and if a future series is made it could possibly be set in a  different remote community, with interest from communities in Queensland and the Kimberley already being explored.

The series can be viewed from November 1 on ICTV PLAY, ICTV’s online video streaming service.