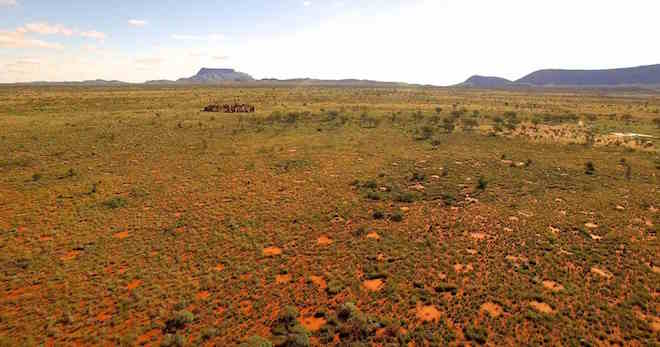 Earlier this year a team of mostly international scientists announced they had “discovered” a natural phenomenon – “one of nature’s greatest mysteries” – occurring in north-western Australia. This was the circular gap patterning in mostly spinifex grasslands, which they dubbed “fairy circles”, the name given to a similar pattern observed in Namibia.

The scientists, led by Stephan Getzin from Germany, also provided a definitive explanation for the circles, published in the prestigious peer-reviewed journal, Proceedings of the National Academy of Sciences of the United States of America (PNAS).

The allure of mystery, discovery and magic helped their fairy circle story go round the English-speaking world, receiving attention from major newspapers, broadcasters and journals. One headline even featured  “dragons, aliens and bugs”; another made the “Out of Africa” connection. 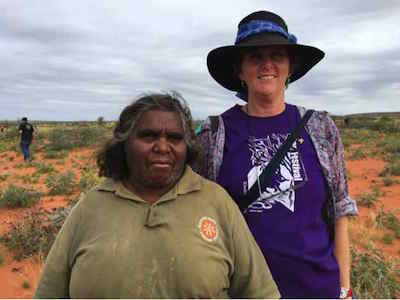 Trouble is, both the Getzin team and the media in their wake forgot to ask the locals.

This understanding was consistent with previously published studies by Australian desert ecologists (in the ‘70s, ‘80s, and 2000s) and observations by Dr Walsh and scientific peers working across the arid rangelands: the circles are “pavement termitaria”. Because they are clear of the needle-sharp spinifex, people can sit comfortably on them, and will choose to walk across them when travelling through the desert. Older desert people also sweep the circles clean of loose sand and use them to prepare foods and make artefacts.

Dr Walsh has archival video footage from a field trip in 1987 showing Aboriginal women using the hard swept surface of a linyji to grind seed (see images at bottom). She has also observed grinding stones left behind on another linyji, an indication that the pavement had been used for this purpose decades ago.

Termites make the flat-surfaced concreted pavements, explains Dr Walsh. They are so hard that they limit seed germination or plant growth, hence the bareness. But beneath the hard surface are whole “termite towns” – chambers and tunnels, with some including food stores and different castes of termites.

The Getzin team, however, ruled out termite activity as causing the patterns. 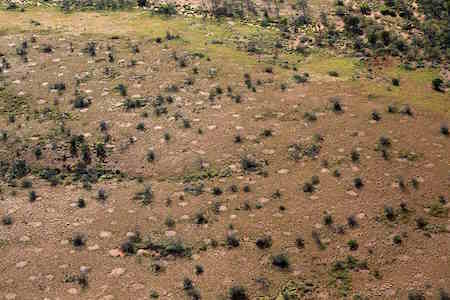 They preferred an explanation of plants organising themselves in response to hot arid conditions: clay-rich crusts develop in the topsoil, causing rain to shed across the surface, and plants respond by circling around the crusts to share the infiltration occurring in the more sandy soils at their edges. It’s called “self-organised biomass-water feedback”.

Left: The circles are common between Newman in WA and Newhaven in the NT. Photo by MIKE GILLAM.

This explanation supports a “central universality principle of pattern-formation theory”, their PNAS article proposes. They tested the hypothesis of course, using sophisticated remote-sensing pattern analysis and mathematical modelling as well as carrying out a week of field work in the Pilbara, around Newman.

In the field Getzin and colleagues did observe some evidence of termite and ant activity, but rejected it as causal because the signs did not appear to correlate with the size of the circles or their regular patterning. Where they observed nests they tended to be at the edges of the circles.

They report breaking the hard crusts with a hammer to see whether there were galleries or foraging holes below the surface. But a hammer may not have been up to the job, says Dr Walsh. She used a 10 kilo crowbar for her excavations and the results were unequivocal.

Above: The hard yakka of a scientific investigation (Dr Walsh at work).

Below: Some of the results, revealing subterranean termite chambers (below left) and active soldier and worker termites (below right). Photos by FIONA WALSH.

She and her colleagues excavated at the centre of 17 bare circles in four different locations across Western Australia and the Northern Territory. These were the north-west of Newman, the Jigalong Road, the Kiwirrkurra Indigenous Protected Area and the Newhaven Wildlife Sanctuary. In all 17 circles there was evidence of termite activity and in ten spots excavated at one location there were either active (60%) or abandoned (40%) galleries.

The soil is so hardened by termites that the circles may last for at least decades in some contexts, becoming “the ghosts of termitaria past”, says Dr Walsh. 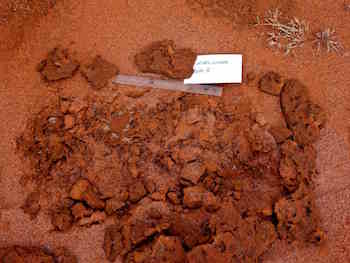 She suggests that the new Australian data make a case for revisiting a termite hypothesis for African circles – argued for by Norbert Jurgens from the University of Hamburg in Germany – despite being rejected by the Getzin team.

With her colleagues Ashley Sparrow (CSIRO), Peter Kendrick (WA Parks and Wildlife) and Josef Schofield (Australian Wildlife Conservancy), Dr Walsh has disputed the conclusions of the Getzin team in a letter published yesterday (3 September) on the PNAS site, along with a reply by Dr Getzin and colleagues.

Dr Walsh acknowledges that findings about the associations between the circles and termite activity does not answer all the questions about them. Many questions linger, such as what complex of ecological processes shapes patterns of termitaria and desert vegetation generally? She and her colleagues propose that investigations into termite behaviour and occupancy dynamics, the influences of wild and human-induced fire in spinifex-mulga landscapes, and interactions between these processes could identify the drivers of the patterning.

Meanwhile, Dr Getzin and colleagues are sticking with their explanation.

“A healthy scientific process is underway,” says Dr Walsh, “reply and counter-reply, but we do not yet have reason to waver from our conclusion.” 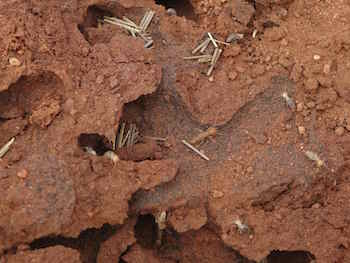 Dr Sparrow has also commented: “Unfortunately the Getzin team’s response misinterprets our paper. Firstly, they suggest that we believe that the circles are the eroded bases of termite mounds, when in fact we understand that these species of termites build wide, flat termitaria level with the soil surface. Secondly, their response suggests that we are unfamiliar with vegetation self-organisation in desert ecosystems. In fact, we are well aware of the processes leading to banded mulga and other truly self-organised vegetation types, but in this case we simply believe that termites are the cause rather than plant self-organisation.”

So, beyond curiosity about natural phenomena and issues of scientific rigour, why is this story important? And why do we need to understand what is going on with these circles?

Having a baseline understanding of the patterns and dynamics of desert systems is essential to tracking the impacts of climate change, says Dr Walsh. This may help answer big questions such as, “Are deserts getting barer like sea ice is fragmenting and retreating?” 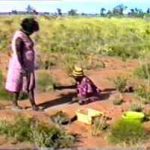 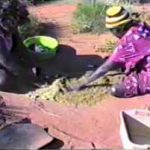 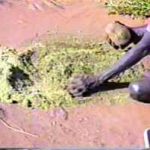 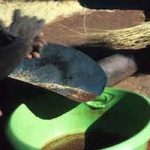