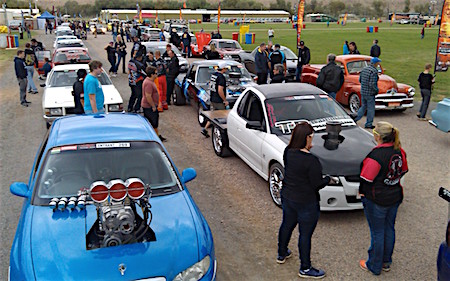 Photos and story by ERWIN CHLANDA

The first signs were noticed a couple of days ago. Deep growling noises of high powered machines. Sinister low slung black saloons stealthily moving about our streets. Bright coloured metal creatures with wide tyres and chromed superchargers sticking out through a hole in the bonnet.

They were emerging from sheds, garages and backyards throughout the town, letting out a wheel-spin squeal every now and again as though it was just too hard to contain all that horsepower. 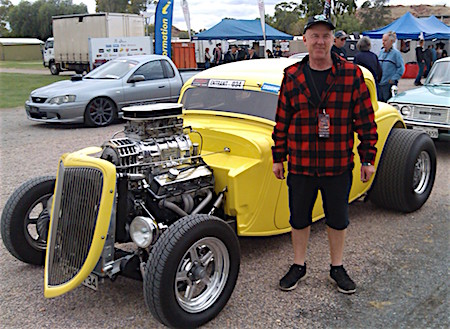 In case you’re inclined to lock your doors, don’t stress. It’s not Max Max coming to town, but the onset of the second Red Centre NATS, building up to its first show of force at a street parade last night of some 500 vehicles.

Locals couldn’t believe how many of these expensive, spectacular machines were in town, built in hundreds of hours by hugely skilled local enthusiasts – a parallel skill set with the Finke Desert Race mob, a sure sign that mechanical prowess in The Alice, per head of population, is likely to be second to no other place in the world.

The organisers are still unsure how many entrants have come from outside Alice but wandering around the Blatherskite Park marshalling area for the street parade most of them appeared to be local. Entrant numbers are up 35% from last year and organisers emphasised the visitors. 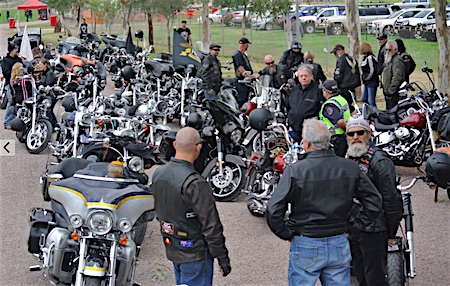 “Many of the entrants and spectators have travelled incredible distances,” say the organisers, “but none more than Wayne Garrett, who started his journey from Onslow WA over a week ago and arrived on Thursday with an additional 5,300kms on his speedo.”

Temporary MVR permits for road use of their creations are making it possible for the proud owners to show them off to the public.

“There’s nowhere else in the country that gives highly modified cars owners the chance to drive on public roads,” say the organisers.

And so the proud owners of their creations are doing Toddies, a term locals would remember from the time when the Mall was a street: slowly going up and down the CBD streets for no reason other than to be seen and to check out who else is around.

This morning the business side of the NATS kicked into gear, with competitions at the Alice Springs Inland Dragway and Blatherskite Park. Events range from judging vintage bikes, elite and normal show cars, Show’n Shine, drag racing, burnouts, motorkhana and grass driving. 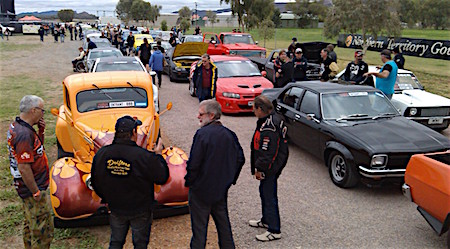 The gig will finish up tomorrow with the Podium Party, billed as the “biggest party in Alice”.

PHOTOS (from top): Action on the drag strip this morning • People who love show cars and drag machines never stop talking about them.  • Did this 1934 Five Window Ford Coupe know it would get a supercharged 350 Chev engine 92 years later? This is Robert Berry’s pride and joy. He is from Darwin. • A strong presence of local Harley owners were supplemented by riders from Darwin and Mt Isa • Now, the the first thing I did … (etc, etc) • A Thunderbird V8 • Big is beautiful • 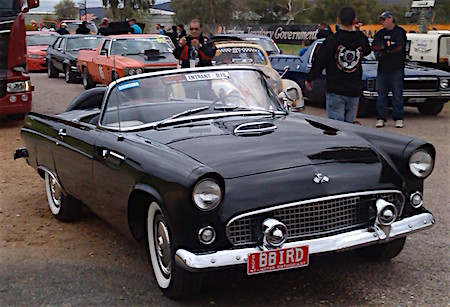 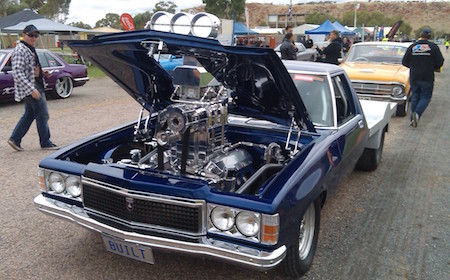 The NATS wind up this afternoon with the burnout competition and masters finals at the Alice Springs Inland Dragway.

This morning, at Blatherskite Park, competitors in normal street cars showed their skills in the grass driving contest, and buggies flew over specially built jumps in a crowd-pleasing demo of Finke-style off road driving.

Results will be available on the NATS Facebook site.