'Not all guards are bad’: Dylan Voller 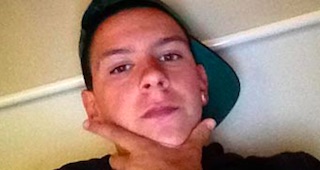 Dylan Voller wants everyone to know that not all guards are like the ones seen so mistreating him on the recent Four Corners program “Australia’s Shame”.

The message comes via his case worker and respected youth justice advocate, Antoinette Carroll. After Four Corners went to air she flew to Darwin to visit Voller, whom she has worked with since 2008.

Ms Carroll says Voller has formed “positive relationships” with some guards (prison officers) in the adult gaol, where he is currently serving a three year and eight month sentence for serious offending in February 2014.

The footage of Voller in the adult prison, shackled and hooded in a restraint chair, has become the iconic image of the controversy over the NT juvenile justice system that has shocked the nation and prompted a Royal Commission. 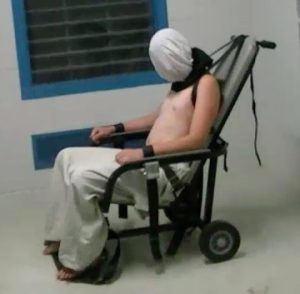 It may not be a message that people want to hear right now but Voller told Ms Carroll to “make sure people know, it’s not everybody”.

While she was there, on duty YJOs approached her to talk. She describes their conversation as a “critical stress debriefing”. She says they are really upset themselves by what was shown on Four Corners, which they in no way condone.

“There has absolutely been an improvement in Don Dale” since the 2014 tear-gassing incident, says Ms Carroll. For one, YJO’s now receive eight weeks training for the job, instead of the four days back then. Training is critical for giving them the conflict resolution skills that were so obviously lacking in the tear-gassing incident.

However, the youth justice sector is still lobbying for improvements to be made to the Alice Springs Youth Detention Centre: “For example we continue to have no space to conduct professional or family care meetings.”

At present these meetings are held either outside, completely lacking in privacy and often distracting, or in the medical room. Ms Carroll says provision of even a donga (demountable) would be a huge improvement.

She took advantage of being in Darwin last week to have a meeting with Opposition policy personnel, pressing the “election asks” (see below) of the Making Justice Work campaign, which brings together a wide range of Territory NGOs concerned about effective responses to crime in the community.

If Labor should win government – as it is tipped to do – Ms Carroll hopes they do not try “to reinvent the wheel” on youth (and adult) justice. This goes too for the Royal Commission, which should begin, she says, with a thorough audit of all existing reports, starting with “Seen and Heard”, a 1997 Australian Law Reform Commission report calling for widespread reform to Australia’s child protection, education and legal systems, then “Little Children Are Sacred”, the report which prompted the Intervention in 2007, going through to the Vita review and the Children’s Commissioner’s reports prompted by the tear-gassing incident.

We already know what to do, she says, it’s a matter of doing it!

Critical for Central Australia is the establishment of a separate Youth Court. This is a matter of access and equity in justice, says Ms Carroll. There are separate Youth Courts in Darwin and Katherine, with specifically trained personnel, and they yield different results for the young people brought before them.

She mentions particularly Magistrate (now called ‘Judge’) Sue Oliver from the Katherine youth court, who appeared on camera in the Four Corners program.

“She runs a very different court to what we see down here,” says Ms Carroll. “It’s much more holistic, much more ‘user-friendly’ for the young people and their families, less punitive, less onerous bail conditions.”

As a matter of equity young Central Australians should be able to access the same kind of justice as their Top End counterparts, in line with the Youth Justice Act and the Australasian Juvenile Justice Standards to which the Territory is a signatory.

Breach of bail conditions is what sees many young people put on remand in the Darwin and Alice Springs detention centres.

A bail support program – providing 24 hour residential support – would put an end to this, says Ms Carroll, immediately reducing the NT’s shocking youth detention rate. There are some great models operating in Victoria and Queensland, for example.

Also high on the sector’s wish list is victim-offender conferencing, “a very powerful tool” taking account of the needs of victims by helping a young person recognise the impact of their offending.

It is provided for in the Youth Justice Act but not resourced, says Ms Carroll.

“I think it would lead to a massive decrease in recidivist offending.”

“Hands on support for families” would also head off young people ending up in detention. She cites models in WA and NSW where a family worker is allocated to a struggling family – “there at the house from 7am, helping get the kids ready for school, helping with any of the things that are getting in the way of good parenting”.

To those who blanch at the cost of such intensive programs, she says look at the costs of keeping a young person in detention (the Vita review put this at $698.40 a day) and look at how that’s not working for community safety, which she acknowledges as “a huge issue”.

Negotiate an Aboriginal justice agreement setting out how the government and Aboriginal people will work together to make justice work.

Commit to establishing and resourcing specialist and therapeutic courts.

Increase funding for rehabilitation, reintegration and employment programs for young people and adults already in the justice system.

Reduce the number of young people being locked up.

Develop a comprehensive plan to deal wth alcohol, including a review of current laws and policies.

Members of the campaign include the following organisations: