Election fever to rise next week 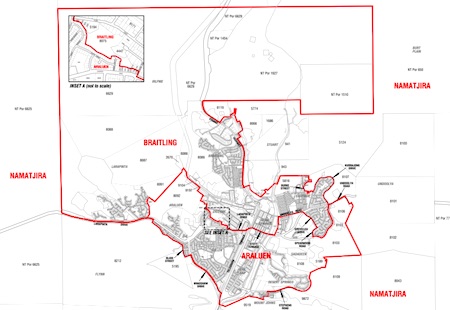 The pre-election activities will go into overdrive next week beginning with the issue of the writ on Monday which will put the government into caretaker mode.

This will be followed by the closure of the roll at 8pm on Wednesday.

Nomination of candidates will close at 12 noon on Friday, and an hour later will be the ballots for the positions on the ballot paper (no pun intended).

That’s when the number crunchers get busy, taking into account the ballot paper positions when deciding their preference allocations – # 1 good, being last is bad, that kind of stuff.

Gone are the little numbered balls tumbling around in a barrel to decides the slots: The commission has acquired a random number generator, or two of them, to be precise, because the ballots for 20 seats will be done in Darwin and the remaining five in Alice Springs, in the Electoral Office diagonally across from the post office in Hartley Street.

The spectacle is open to the public – admission is free.

The NT is the only administration in Australia putting mugshots of each candidate on the ballot papers.

The Electoral Commission urges wannabe pollies to submit their paperwork much earlier than 12 noon on Friday next week – days before is recommended – because if the commission staff doesn’t have the time to finalise checking the paperwork required for the nomination, a political career may be brutally cut short.

Also, with the issue of the writs the regime for comment in the media is changing: So far as the Alice Springs News Online is concerned, all readers’ comments about issues that have any relationship to the poll must provide their full names, for publication. Pseudonyms are suspended for the election period.

Meanwhile Electoral Commissioner Iain Loganathan said today “there are still many eligible Territorians not enrolled to vote” although since the enrolment campaign began in April this year, there have been 3200 new additions to the roll.

This included 1000 18-year-olds, with a further 18,800 Territorians updating their details.

“Following the close of roll for the recent federal election, around 2000 Territorians have been added to the electoral roll,” says Mr Loganathan.