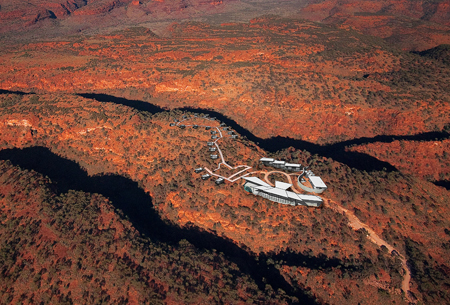 It’s pretty unlikely that Adam Giles and Rupert Murdoch are spending a lot of time on the phone with each-other, but Rupert’s merry men in The Alice are clearly on the best of terms with “The Chief”.

In a recent address to local Chamber of Commerce members Mr Giles referred to the Advocate as “our media partners” and spoke warmly of them. But other journalists in the room didn’t need the reminder that his propaganda machine is clearly very cozy with the Murdoch-owned twice-weekly. We already knew that the Advocate is given a head start of a couple of days with media releases, to take into account its antiquated production process,

For example, the Chief Minister’s latest brainwave – calling for “expressions of interest” in a wilderness lodge (pictured) near Hermannsburg – was emailed to those media which can bring you the news in a matter of minutes, including the Alice Springs News Online, at 9:17am on Friday.

At that time the puff piece was already on page three of the Advocate that had arrived in shops some time before. The American-owned paper is printed in Darwin and needs to be transported to Alice Springs – so they got this “news” from the Giles propaganda machine probably on Wednesday.

It’s clear that the government is making decisions and then sits on them until the Advocate can be out with them first. We put this to a minder of Mr Giles who confirmed that such an arrangement is in place, because of the coverage they are getting in the Advocate.

The government’s “A Summer Well Spent” tourism campaign was reported by the Advocate with a photo covering all of the front page showing two fully dressed adults frolicking in a hotel pool at much the same time as the announcement was made.

Rupert’s readers may also speculate about the connection between this and thousands of dollars worth of full page advertisements the Territory taxpayer recently bought from the Advocate.

“These are commercial relationships, which generally involve the Advocate providing advertising space in exchange for recognition as a sponsor. At all times, the newspaper maintains editorial independence.

“It’s a long-standing practice for commercial media to enter such relationships. The Advocate is pleased to be a media partner with government and others to promote worthwhile events.”

Giving “advertising space in exchange for recognition as a sponsor” is one thing. Doing deals with editorial coverage is quite another.

To be sure, there are matters Mr Giles is getting right: Completing the seal of the West MacDonnells inner loop road, the 43 kms of road west of Hermannsburg, is a move on the right track towards rescuing our tourism industry. Along with the Mereenie loop it had been in the too hard basket for decades.

It’s good to see that the new suburb Kilgariff, first discussed in 2008 (see for example ‘New burbs at the airport‘), is now the location of several new homes. It has played a major role in promoting home affordability and reversing the extortionate land prices in town.

However, a wilderness lodge is among the many media releases featuring the smiling face of Mr Giles trumpeting ideas that are far from new: In our pages such a lodge has been mentioned several times, including August 2000, May 2014 and August 2014. Like the Whitaker Street development, this is no more than an idea looking for dollars, in contrast to the inner loop and Kilgariff.

Pity they are the exception, not the rule. Here is a snapshot of recent investigations by the Alice Springs News Online, and the manner in which the government or its instrumentalities are responding to them.

Mr Giles, who spent $1m on the Desert NATS, claims they attracted “13,500 people gathering to watch an event”. We asked on September 8: Does this mean the same people were being counted at up to five venues to get the figure of 13,500, or does it mean 13,500 different people?

Further, how many people were from outside Alice Springs and what’s the estimate of commercial benefit to the town and how is it being calculated? Still no answer.

The government is hell bent on promoting large-scale fracking which, in the view of many, is placing our water supply in jeopardy. Yet exploration for fresh water resources is pathetic.

The 2014 Budget includes $2.4m over four years and nine NT regions. How much will be spent in the Alice Springs region? “Putting a definitive number on how many holes will be drilled is quite difficult.”

If you want to extend your carport you have to jump through hoops and cough up big for certifications and permits.

Yet if you live over the back fence of the blocks on the eastern side of Schaber Road, you are on Aboriginal land and you can build whatever you like without any of those controls and costs. Homes built under a plethora of controls are within a few metres of dwellings subjected to none.

We disclosed this on October 8 and sought comment from the minsters for housing, environment and planning: “Is this an anomaly which should be fixed and if so, how?” Not a peep out of any of them.

The DCA’s Alice Springs section, like the others, is meant to be representative of the community. Its members are Steve Brown, Brendan Heenan, David Koch and Alistair Feehan. 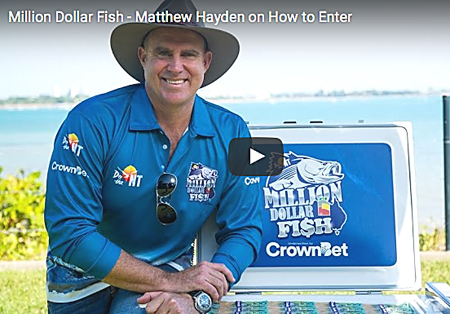 Sitting on the DCA in some ways is more important – in terms of the long-term impact it can have on the development of the town – than being on the Town Council. And with the exception of Mr Feehan the current members either are or have been town councillors.

Mr Feehan is the CEO of Imparja. Readers may also remember his association with former town councillor, Geoff Booth, who resigned in the wake of a public outcry over plans by a company, in which he and Mr Feehan were shareholders, to set up an escort agency in Alice Springs. The plan was abandoned. (The Alice Springs News Online broke the story.)

Whatever might be thought about the members’ suitability for their positions on the DCA, they certainly do not make up any kind of cross-section of the whole community: they are white, male, middle-aged, business persons and are likely, most would assume, to vote conservative.

The DCA operates under the Alice Springs Planning Scheme. It defines Home Based Contracting as “the storage on the site of a dwelling of materials and/or vehicles associated with a business operated by a person resident in the dwelling, but which business does not operate from the site of the dwelling”.

The DCA has ruled in blatant disregard of this requirement by allowing a plumber to run his business from a rural residential block.

People formally commenting numbered 37 (including this writer) against the application, and just five for it.

A complaint to the Ombudsman produced the following response: “The DCA has discretion to approve an application that is inconsistent with the Planning Scheme on a case by case basis.”

Next stop: The Environmental Defender’s Office, an NGO. It said no, the DCA does not have that discretion: “The Development Consent Authority cannot grant a permit authorising a use of land that is contrary to a planning scheme provision which details what is permitted, prohibited, restricted on a piece of land.

“The only exception to this is where the Authority has notified the Minister in writing and he/she has given their written approval, or has failed to provide a response.” He hasn’t, to the best of our knowledge.

The Ombudsman did not respond to that except to say the matter is closed.

So what do you do when the Ombudsman gets it wrong? The next stop is the Parliament which appoints him or her (it’s a him at the moment).

So we spoke to Madam Speaker, Kezia Purick, asking her to intervene. She said she would make enquiries. Stand by for more.

Answering questions from the Alice Springs News Online in March this year about obvious misuse of rural residential land, Mr Burke said: “There are significant issues of non-compliance right across the NT.

“We are trying to deal with them, generally, by trying to get a cooperative response which sometimes takes a lot more time. It’s easy to say, just apply the big stick. That’s not the approach we set out to do.”

Has there since been any improvement in the enforcement by the government of these rules since then?

“No, not that we’re aware of,” says the president of the Alice Springs Rural Area Association, Rod Cramer.

One of the many examples he notes is a denuded five acre block, “flogged” by horses, where two road trains are parked.

Neither is the town council taking any action about the huge vehicles tearing up the bitumen road when they are driven in and out of the block, says Mr Cramer.

Can our flagging tourism industry afford to be played for a pork barrel? Mr Giles seems to think so. Case in point, “Million Dollar Fish” tagged barramundis. He features prominently in the photo opportunities staged for compliant media.

Ostensibly this is all about attracting tourists to the NT. So naturally, you can only win if you don’t live here, if you come all this way to fish and spend money in the NT. And if you crank up the tourism industry – in the Top End especially, given there are not many barras in The Centre.

Anyone can enter. Lo and behold, although one was reported to be from Queensland, all four winners so far, 100% of them, live in the Top End – two in Karama, one in Daly River and one in Gray. They got $40,000 of your tax money between them – not counting the cost of the hoo-haa surrounding this “promotion”.

Are fishos a politically influential group in the NT? You betya.