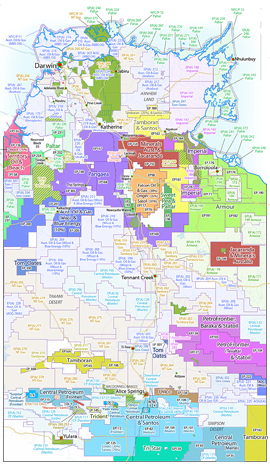 Holders of some 95% of Territory land are approaching crucial stages in their dealings with shale oil fracking, while the NT Government is in an apparent headlong rush to build a gas pipeline although safeguards required by the Hawke Enquiry are far from being in place.

The landholders fall into two categories, about half each: Aboriginal traditional owners, and lessees of pastoral and agricultural land.

The TOs, holding their land under inalienable freehold granted under the Aboriginal Land Rights Act, have the right to veto the controversial production method.

If that veto is exercised, the company making the application is barred for five years from making another application, which can also be vetoed, and so forth.

This raises the possibility of negotiation fatigue with traditional Aboriginal people with little commercial negotiating experience simply getting sick of persistent humbugging, and give in.

The lessees of the other half of NT land do not have a veto right, and still have little or no power to even negotiate access conditions with oil and gas companies. 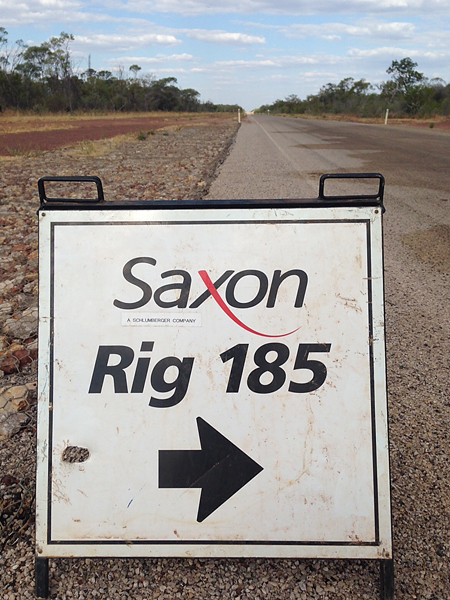 Territory Cattlemen Association CEO Tracy Hayes says: “It is like an arranged marriage in which one partner has all the rights.”

Given that the right to mine on non-Aboriginal land cannot be contested, the association is now seeking NT legislation that empowers cattlemen to negotiate access, water use, shared resources, weed management, bio security such as on quarantine areas, make-good provision “if something happens” or its assets are affected, says Ms Hayes.

“The right of veto is not on the table.

“We acknowledge that the Crown has right to the resource but there should be an opportunity down the track for the entire community to benefit,” she says. “The livelihood and businesses of lessees must not be impacted.”

That would then give station owners – who are actually lessees – the opportunity of making individual deals with resource companies and the association would have no role in that.

Ms Hayes says the attitudes toward fracking in the pastoral industry are mixed.

Meanwhile Frack Free NT says the inbox of the Northern Territory Environmental Protection Authority is “jammed with concerns” expressed in more than 700 submissions on the proposed “gas fracking pipeline”.

Spokeswoman Naomi Hogan says more than 200 objections are from the NT, the rest from elsewhere in Australia as well as overseas (210 from NT residents, 200 NSW, 100 Victoria, 125 Queensland, 60  WA, 10 Tasmania and 10 International).

“Hundreds of people are calling on the full impacts of shale gas fracking to be included in the environmental assessments for the proposed NT Link Gas Pipeline,” she says.

The NT EPA is currently assessing feedback on what will need to be included in the Environmental Impact Statement for pipeline building hopefuls, APA Group.

“Chief Minister Giles is talking up this pipeline as a way of opening up the Northern Territory for shale gas fracking. But he is not being upfront with local communities on what the impacts will be.

“Hundreds of people have now formally asked the Government to provide more information about where fracking will occur before this pipeline process is pushed ahead. 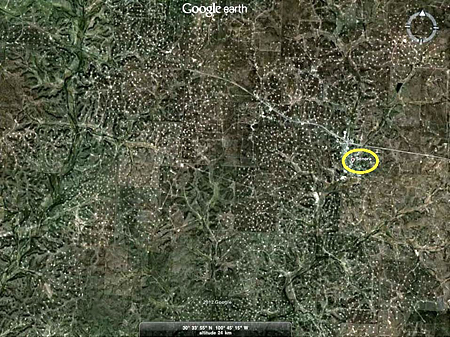 “Residents and bore water users want to know if new shale gas fracking is going to be allowed to roll over communities and through water aquifers,” says Ms Hogan.

IMAGES (from top) provided by Frack Free NT: NT Petroleum Licences • Sign to a fracking operation on the Carpentaria Highway, near Daly Waters, three weeks ago • No, it’s not snowing there: Google satellite image of a shale gasfield in Texas, near the town of Sonora (circled), showing the intensity gasfields in its vicinity.