Building lots of things is a surgical strike in the NT 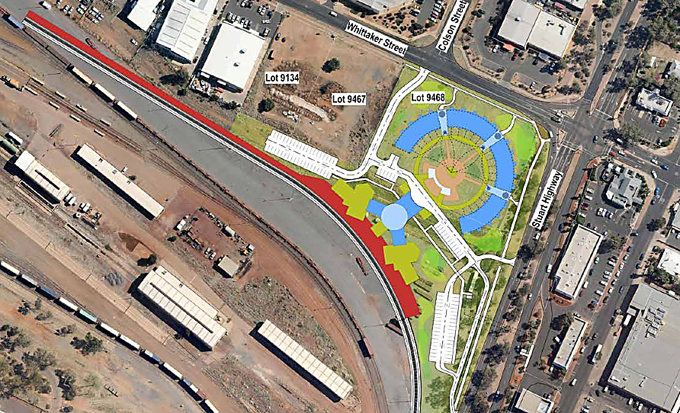 A keen observer of the local condition calls it the Edifice Complex: The symptoms are the spending of substantial amounts of public money on construction projects, whether they are needed or not, so long as temporary jobs are created, before the next election, of course, and the local CLP-voting builders are kept happy.

In very acute cases all this happens with a minimum of transparency and high-dosage shots in the arm of selected patients. However, their recovery is feared to be temporary.

We now have implants of a courthouse and more police real estate although the disease of rampant crime is – so we’re told – improving from critical to merely serious.

While the much touted Labor black hole is far from cured, apparent over-servicing is rampant. Head surgeon Adam Giles announced today he will be grafting another 47 blocks of residential land on Kilgariff, at a cost of $4.7m, although home sales around town are withering.

Did he get a second opinion?

In some procedures the meat axe has replaced the scalpel and long standing practices have been put aside in the emergency department.

A large block of prime land, corner Stuart Highway and Whitaker Street, is being amputated from the body politic to develop medication that is, at best, in the early research phase and should be used only on mice: The Hub.

Do we know how much that land is worth? “A current valuation of the site has yet to be undertaken,” says a government nurse.

How much will the operation cost the taxpayer and who else will be paying for it? “It is not known to what extent, if any, Territory or Commonwealth funding may be required.

“It will be the proposed proponents’ obligation to fund this development with no minimum spend stipulated. However, it is expected that the project objectives will be met as part of the proposed development,” says the nurse.

“There is no NTG funding currently allocated to the project.”

Who has picked the Whittaker Street group, which has Michael Sitzler as its spokesman? (He’s the guy right up front in the ward rounds. He’s also doing the court house heart transplant and the Kilgariff shock therapy.)

“The Assessment Panel consisted of representatives from relevant NTG agencies as well as from Genesee and Wyoming Australia Pty Ltd.” That’s the people who are running the Ghan.

On what grounds? “Corporate stability, financial capacity, skills and experience, vision and innovation, risk to the Territory,” according to the Expression of Interest document released last December.

When’s it all going to be finished? “There are no deadlines at present, but it is anticipated that the project facilitation stage will take 12 months.

“Until such time that a more complete design is provided, timing around the project is yet to be confirmed.” 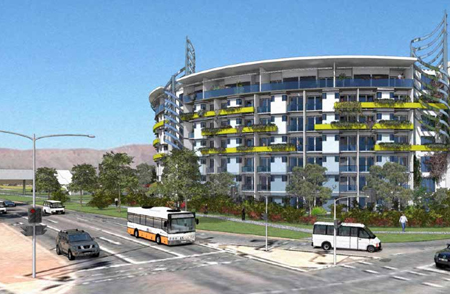 This is where it all gets a bit, well, contaminated, the sort of thing about which The Lancet would be doing a shock-horror story.

Surely, when it comes to procurement, namely millions of taxpayers dollars worth, those coughing up the money deserve to know how it is used.

Surely, there is a procurement process.

And there is one, of course: “Open and Effective Competition means … procurement procedures and processes are consistent and transparent to agencies, suppliers and the public.”

And: “Contracts awarded … will be published on the Territory Government website unless approved otherwise by the Minister responsible for procurement.” Is there a little dizziness happening here – approved otherwise? Do they mean not approved?

And: “Contracts and Procurement Services will publish details of all contracts awarded … on the Territory Government website.”

However, when we asked further details about Whittaker Street we were sent straight to the loony bin: “While negotiations are ongoing with the proponent, the Department of Lands, Planning and the Environment (DLPE) is not able to provide any further information.

“The agreement is confidential.

“This process is governed by the Crown Lands Act and does not fall within the NT Procurement Act.”

So there it is, this procurement has nothing to do with the Procurement Act. How many people have put in EOIs?

“The number of expressions of interest received is not released as this is commercially sensitive.”

Now firmly strapped into a straightjacket we didn’t even think about asking any other stupid questions, such as, can I have a copy of the proposal?

What sort of corporation is the Whittaker Street group? (No luck on the ASIC site.)

Is it a company (apparently it’s just the OZ branch of the US giant Genesee and Wyoming).

Who are the shareholders? What are the assets? How much is proposed to be spent all up?

Re the proposed hotel – how many beds will it have?

The bed question finally did it: I’m now firmly strapped to a bed, ankles and wrists, a bandaid over the mouth, men in white coats with large syringes hovering.

And yet there are quite a few empty hotel beds in Alice Springs. In April – one of the better months – the occupancy rate for the 3.5 to 4.5 star hotels was 65%. And that’s on a bed number a lot lower than when tourism was a big business here.

I’m mumbling through the bandaid: “What about Todd Mall?”

The needle of a large syringe is thrust into my buttock. I try to count to 10. I can only get to fiiiivvv …

IMAGES from the NT Government’s expressions of interest brochure.

By ERWIN CHLANDA The dry river regatta Henley on Todd, due to celebrate its 60th anniversary this year, has been cancelled because Rotary could not...
Read more