Council, parents should do more about street kids: Giles 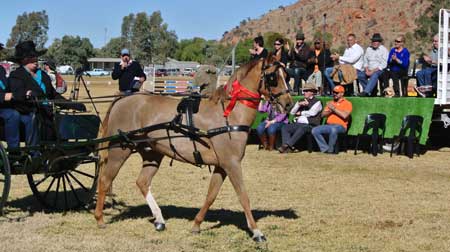 Mr Giles is pictured at the Show, on the podium, white shirt, clapping.

A letter from the Northern Territory Police to the Alice Springs Town Council has revealed alarming figures of youth “disturbances and rock throwing” during the Easter school holidays.

But Chief Minister and Minister for Police Adam Giles, whose government has dramatically reduced funding for youth services, yesterday said councillors who fear there could be similar events in the current holidays should take action themselves, including giving street kids a lift home. He also said parents should show more responsibility.

After the government cut two premier youth services and programs earlier this year, youth disturbances increased up to five-fold during Easter.

The letter from the police suggests that the peak in April can be explained, in part, by “limited youth activities scheduled for the Easter school holidays”. Other explanations offered were the CAFL carnival and heavy rains stranding people [from remote communities] in town.

Councillors have expressed concern at the limited number of school holiday programs, and youth advocates are worried that rates of disturbances will be repeated these school holidays, especially during peak periods such as the Alice Springs Show this weekend.

The Alice Springs News Online spoke with Mr Giles at the Show yesterday (see video below) to ask him whether his government was concerned about these numbers, and what should be done.

Mr Giles responded that his government wants more parental responsibility, but youth advocates have said this model is flawed, as there is a “hybrid of factors” at play.

“We do have a duty of care towards the safety of not only the youth but the wider community,” said Alice Springs Councillor and adviser to Labor Senator Nova Perris, Chansey Paech. Mr Giles accuses him of pursuing a political agenda.

Mr Giles’ comment that “youth activities is not going to stop a kid from throwing a rock” has also been contested by youth workers, who suggest that there is ample evidence that even small diversions are effective in turning kids away from anti-social behaviour and that a preventative rather than punitive approach is needed.

The News will publish a comprehensive overview on the health of youth programs in Alice soon.