Newcomers, FIFO crowd tear the heart out of The Alice

It’s very easy for a person like me with more than 30 years of hindsight to make comment on the failures of the government decision making process.

Decisions (or their lack) have had a huge impact on Alice. The NT is being run largely by newcomers with very little NT experience or history here.

It’s very easy for those people to import their past work practices and try to implement them here. Their consultative process means bringing in more southerners to put their slant on our situation. Rarely do they ever communicate with long serving Territorians.

Over the past 10 to 15 years I have observed issues over which government could have had influence, had they really been concerned, issues and decisions that could have improved the future and the growth prospects for Alice Springs.

The Granites gold mine originally had a strong service and staff base here in Alice Springs.

The advent of Fly In Fly Out (FIFO) saw that base shift to Darwin and Perth where about 400 employees are now based. Alice lost out.

The Jindalee Over the Horizon Radar had about 50 Airforce employees based in Alice to service that facility. They were all relocated to Edinburgh in SA. Alice lost out. 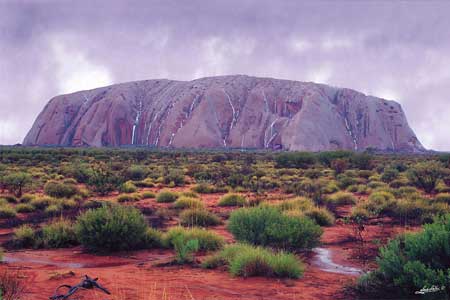 When the Alice to Darwin railway was built, it destroyed our home grown roadtrain industry. Alice lost out.

When the Labour government won power in the NT, slowly but surely they moved a lot of government jobs to Darwin. Alice lost out.

On the plus side we have had some short term injections which have masked our true position.
First came the Intervention, which dumped $1b into the pockets of southerners who largely lived the lives of FIFO mine workers.

They were paid huge sums of money to come and analyse a situation, not fix it. They spent a lot of money in Alice on accommodation, transport and living costs. They then disappeared when the money dried up, but the problem still exists.

Then we had another $1b to $2b dumped on Aboriginal housing. Yes, some local contractors made some cash, but largely the same practice was applied. FIFO builders came from interstate, fulfilled their contracts and disappeared with most of the loot.

If anyone is in doubt about the state of the NT then they should go and have a personal look at what is happening (or has happened) in our Capital Darwin!

If you haven’t been there in years you will be shocked. Ugly concrete towers are spreading across the CBD like cancer. There are billions of dollars of development going on in nearly every direction you look.

The focus is clearly on Darwin. I recommend every resident of Alice make one trip a year just to see where our money is being spent. 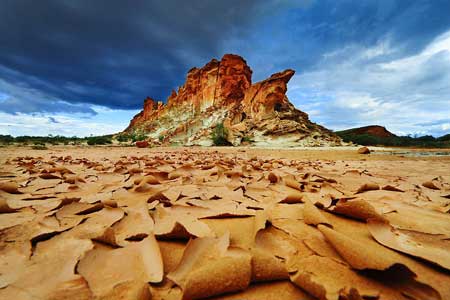 On a quick glance around Alice I try to see evidence of capital expenditure here. Even going back five years it’s very hard to find.

I see a Rusty Toaster in Bath Street. There are some new rooms and a flash new pool at the Casino.  The once bustling, thriving Melanka is gone. I see some new concrete in Todd Mall which should have been instigated 15 years ago.

Maybe there are a few developments I missed, but honestly, if that’s all we got to show for 10 years of progress then we haven’t progressed far.

Yes, there are some businesses in Alice that are booming. The quaint Mediterranean style cafes that are the de facto offices for scores of itinerant do-gooders, who service our welfare industry, have never had it so good.

This industry has become the backbone of Alice. Sadly this industry is reliant on the generosity of our taxpayers to survive. It is not self perpetuating.

Tourism is moribund. The damage has been sustained over a long period of time. This industry takes years and years to build.

Investments made today often don’t show returns for two to five years or even longer for international tourism.

In our case our government marketing machine has fluffed around with pseudo feel good marketing largely based on non existent cultural experiences. The NT Labor government sunk millions into cultural tourism for no net gain.

My take on cultural tourism is this: Why would anyone pay top dollar to experience it when you can get it for free? The moment anyone arrives in the NT either by car, train or bus, our culture is immediately visible and present on our streets for free, no matter what town or city you arrive in. 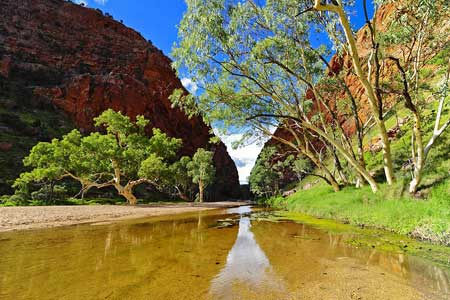 I’m fortunate to have a partnership with one of the largest and most progressive touring companies in Australia, a company that defied all odds and grew their business 17% during the GFC.

Sadly this company looks at the NT with disdain. They have tried very hard to develop “product” here and grow business here. They just can’t make it work.

Their customers’ level of satisfaction with the NT is very poor compared to their growth markets of the Kimberley in WA and Cape York in QLD.

These markets are booming. Yes, in Alice Springs’ case they do have tours that start here, but the passengers are whisked straight up the wild Tanami track and into WA. The tour concludes in Broome.

On questioning the directors why they feel their passengers don’t enjoy the NT, the answer is, you took the Outback out of the Outback!

Too much blacktop, too many pine logs, too many don’t do this don’t do that signs, just an overall feeling of entering into a controlled environment instead of something wild and remote. Maybe there are some lessons here for our current government.

Unfortunately for me, I can’t afford to keep pouring money into a black hole. To survive we have to go to where the money is. Right now it is not in Alice, but if there is ever a hint that Alice is about to fire up again I will be home in a flash.

There is no place on earth I love more than Alice.