'Get the Aboriginal Areas Protection Authority into line' 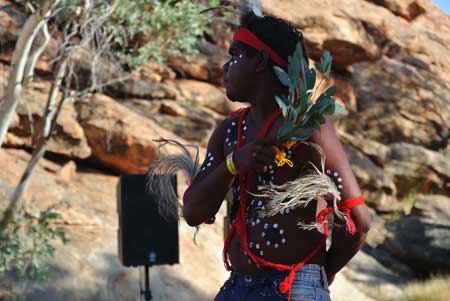 PHOTOS: Men dancing at the Old Telegraph Station during the Mbantua Festival was one of the issues raised by the Aboriginal Areas Protection Authority. And organisers repeatedly had to tell people to get off the rocky hill – a favourite place to explore for children visiting the OTS picnic area – behind the stages and corroborree areas. BELOW: Face of a traditional owner projected onto the rocks during the Jessica Mauboy concert.

Sir – The Sacred Site fiasco over the Mbantua Festival and beach volleyball once again puts the actions of the Aboriginal Areas Protection Authority (AAPA) in the spotlight.

It’s time government took another look at the Act and regained some semblance of control over this self-serving, empire building, bureaucracy. Its present mode of operation is in complete contradiction of the spirit of the act, in that it is both controversial and extremely divisive.

The Mbantua incident is taking it to a whole new level, trying to out Aboriginal the Aboriginals, trying to exert rules and customs with no historical basis, directly in the face of those the Act sets out to support.

Government departments and councils pander to it, giving it power of determination over decisions such as tree planting and maintenance, fire protection, sand removal, now automatically copied in on any bureaucratic decision being made.

These are decisions and actions for which the AAPA has absolutely zero expertise or legislated right. Many of its actions are clearly not covered by the Act or the intention of the Act. When making a decision to leave a dangerous tree standing – such as the dangerous dead trees next to the Traeger Park grandstand – the authority accepts absolutely no responsibility for someone killed or injured by it falling. The authority claims ownership yet accepts no responsibility for ongoing maintenance.

The Act’s clear intention was to protect sacred sites where it was possible to do so in a balanced manner that took into account the aspirations, economics, cultural and social advancement of all Territorians, “not defined by race”.

The Act says it serves “the aspirations of the Aboriginal and all other peoples of the Territory for their economic, cultural and social advancement”.

I believe the Act’s intentions were to protect such places as where corroborees were held, Tjurungas kept, special places in the corroborees, paintings, carvings, graves – not the landscape in general, not every rock, river or tree.

It was never intended that the Act be a money-making concern that paid its way by what amounts to extortion and stand-over tactics. 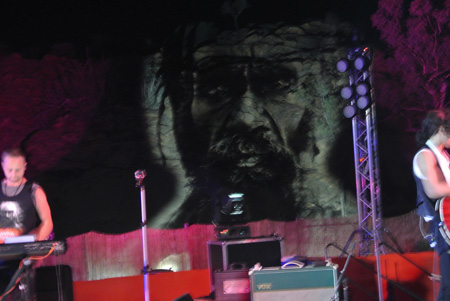 It’s time Government had the guts and vision to take this on. The authority needs to be put back in the hands of custodians, those who have a proven historical association with the area in question.

The custodians should be nominated by the people of the community and appointed by the Minister to a board that acts directly under the control of the Minister. This board should be required to sit twice yearly or more often to deal with arising circumstances in full public session, justifying its decisions.

Aboriginal people and their descendants need to accept that not only people of Aboriginal descent have a close association with the land. As a third generation born and bred local of nearly 60 years I am part of and love and wish to protect this land just as much as them.

While I willingly recognise and respect Aboriginal people’s greater historical association with this place I see us all as equals when it comes to rights and expectations.

We are all here to stay, it’s in all of our interest to create a harmonious community. Time to drop the chip on the shoulder, in your face approach to these matters. Join hands and built a great community that loves, respects and appreciates all of us individually for what we bring to our combined community.