Home Issue 26 Get serious with people on the dole: Anderson
Issue 26Issue 27Volume 20

Get serious with people on the dole: Anderson 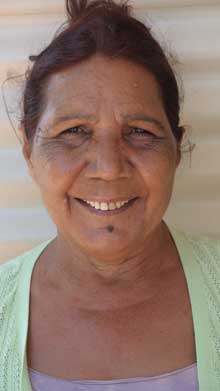 Stop the dole for people in locations where jobs are available and recipients are failing to apply for them, says MLA for Namatjira, Alison Anderson (pictured).

What’s more, the NT Government should be playing an active role finding productive uses for the vast real estate owned by Indigenous people, exploring and developing opportunities for joint ventures.

The Territory’s southern-most electorate is 351,294 km² – bigger than Italy. Some 60% of the land is Aboriginal owned, under “inalienable freehold” provisions of the Land Rights Act. These lands can be leased.

Most of Namatjira’s population is Indigenous and unemployment is endemic.

Ms Anderson has named six locations where the policy could be implemented immediately throughout the NT: Ayers Rock Resort, Granites gold mine in the Tanami, the Hayes family’s Rocky Hill vineyard south east of Alice Springs, the watermelon plantation at Ali Curung near Tennant Creek, the Gove alumina plant and the Groote Eyland manganese mine.

“This is where we need to start,” says Ms Anderson. “My side of politics has said many times that we need to cut people off welfare where real jobs exist in real places.

“The time has come to start doing this instead of churning out the same old nonsense”.

She says with conservative governments nationally and in the NT, the opportunities have never been greater.

In an extension of the initiative, NT government departments should be examining opportunities for joint ventures between local land owners and outside companies in agriculture, horticulture and tourism: Aboriginal land owners could contribute land, water and currently idle labour, and bring in capital and expertise.

Ms Anderson says the NT Government would need to look at issues such as suitability of soil, availability of water, and number of workers currently on the dole.

It would also need to check the level of demand for products, and assess markets which could range from supplying the local communities – as has been done extensively ion the past – to exporting interstate. (The Alice Springs News Online has reported about employment at the Rocky Hill vineyard, the Granites gold mine and the Ayers Rock Resort – google this site.)

Meanwhile Ms Anderson says the NT Government is giving work to interstate companies while local operators are missing out.

One example is Tourism NT having interstate companies producing its latest TV commercial instead of engaging locals such as photographer Steve Strike, cameraman Chris Tangey and computer artists Sprout Creative.