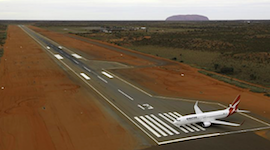 Economic development: Who's got it right? 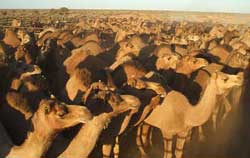 The Top Ends leads the way in Prime Minster Tony Abbott's drive to crank up economic development in the nation's north, with Central Australia a late starter. Three states are drawing up wish lists. What will be The Centre's slice? ERWIN CHLANDA reports. Photo: A million camels in our deserts are waiting to be mustered and sold. No takers so far. An organistion asserting to be Aboriginal, Ninti One, is having them shot from the air, leaving them to rot.

Who's going to drive Aboriginal resurrection?

Estimated government expenditure in 2012 per head of population was $44,128 for Indigenous Australians, compared with $19,589 for other Australians, a ratio of 2.25 to 1, according to the Productivity Commission. Who or what will put an end to issues which Indigenous Affairs Minister, Northern Territory Senator Nigel Scullion (pictured), describes as having been intractable for far too long? ERWIN CHLANDA speaks with him, starting a discussion that will run through the summer in this newspaper. Be part of it!

Get serious with people on the dole: Anderson 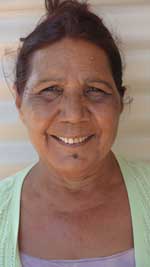 Stop the dole for people in locations where jobs are available and recipients are failing to apply for them, says MLA for Namatjira, Alison Anderson (pictured). ERWIN CHLANDA reports.

Thanks for again raising the unmentionables. The things that discomfort people, the politically incorrect issues, but the matters that will ultimately destroy the Northern Territory unless they are corrected. COMMENT by former Coordinator-General for Remote Services in the NT, Bob Beadman (pictured).

Economist Rolf Gerritsen, research director at the Alice Springs campus of Charles Darwin University, is talking about the $20 billion INPEX gas project and its impact on the Territory economy. The Alice Springs News Online asked him whether it is the "game changer"  from which "all Territorians" will "ultimately benefit" as Chief Minister Paul Henderson would have us believe. Professor Gerritsen pours cold water on that idea: "It's the way we see economic development. We don't see the university here, for example, employing an extra two people as economic development, but it is. They generate demand in the local community, a more sustainable kind of demand than these big projects." KIERAN FINNANE reports.

Pictured: Ross Engineering workshop in Alice Springs. Recruiting staff, already a nightmare in Alice Springs, will become even more difficult when INPEX starts competing for skilled workers. That's the view of Neil Ross, from Ross Engineering. On the other hand, the giant project – if it gets its final approval – may offer business opportunities for firms in The Centre, the huge distance from Darwin notwithstanding.