Mall works: a lesson not in engineering, but public relations?

PHOTOS (from above): Where the sails used to be. Lynn Treis in her shop mostly empty of buyers. Nicole Brennan with customer Marissa Carroll, 20% down. Ann Demarco, steely determination. Rudi Sebastiani, Mall should be a 24/7 job. 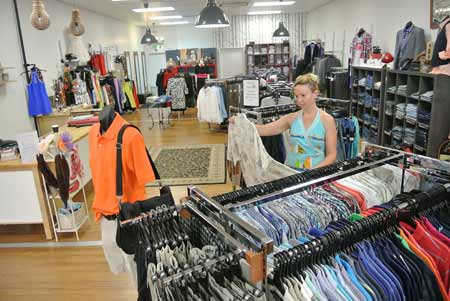 “They should be working 24/7. They could have finished the job in a third of the time.”
It’s an understandable reaction by Todd Mall traders who are doing it tough – some of them very much so.
But the man in charge of the $5.4m refurbishing job of Alice’s main drag puts a compelling counterargument, saying the job is on time and on budget.
Lyndon Frearson, from CAT Projects, says even if it had been decided to incur extra costs for labour, little would have been gained in terms of an earlier finish from working around the clock: constraints of keeping down construction noise at night in the vicinity of three tourist accommodation houses, preferred trading times of certain shops, the weather and trouble with documentation of the congested water, power, sewage and communication services already in place left little slack.
So the lesson to be learned from this latest transformation of the Mall seems to be not one of civil engineering, but of public relations.
Mayor Damien Ryan says: “I believe we have kept everyone involved all along.”
And Mr Frearson claims the project schedule had been “negotiated and discussed for 10 months with stakeholders” including shop owners, tenants, police, Power and Water (P&W), the Town Council and tenderers.
But some disagree: the communication around the project was “disgusting,” says Supercuts owner Nicole Crennan.
And Novita Gifts owner Ann Demarco says apart from a visit or two from Cr Steve Brown in the early stages of the work, the council has shown little interest in the fate of the traders affected by the project.
Counters Mayor Ryan: “I have spent an inordinate amount of time in the mall. I don’t accept the argument that there is no interest from the council.” 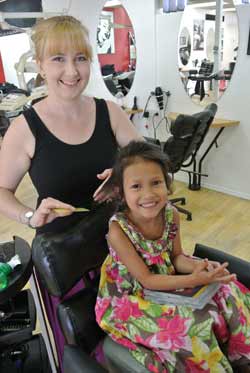 Has he spoken to traders about how is their business going?
“I never set out to ask somebody if they are losing money.”
The Alice Springs News Online put to him that they haven’t seen anybody from the council.
“The project officer [Mr Frearson] runs it. The council doesn’t run it,” he replied.
Lynn Treis owns the fashion shop Rusty Zipper opposite the Alice Plaza. In a recent three day stretch she did not get one single sale. She’s falling behind with her rent.
She asked her landlord, the Aboriginal owned Yeperenye Pty Ltd, for a reduction in rent, which has been granted. Her business is on the market and if she can’t sell it, she’ll close the doors for good at the end of the year. It’s that bleak.
Mrs Treis started the business two years ago and for much of the time was hampered by construction work – first the refurbishing of the Springs Plaza when it was sold to Yeperenye, and now the mall works.
Since their start of the mall work the loss of trade was 60% to 70%, she says.
If Rusty Zipper – specialising in designer clothes – fails the town will lose an exclusive service, the hiring of suits.
“We’re an independent shop, not a chain,” she says.
“We’re depending solely on locals to keep us afloat.”
Will the new refurbished mall work for her?
“It’s probably fabulous and we could see some fantastic results” in the long term, says Mrs Treis.
“There is lots of speculation as to whether it’s going to be beneficial or not. I’m still remaining positive because I have to be.”
She attended all the meetings about the mall works with the Town Council and CAT Projects.
She says the option of work going on 24/7 had been an “argument from day one” but the traders were told the budget did not allow for extra overtime for the workers.
Mrs Crennan, the owner of Supercuts hairdresser, alongside the ANZ bank in Parsons Street, says her gross takings are down about 20% and she had two widows smashed by vandals, costing $2000.
The mall works “is making life a lot slower for us,” she says. 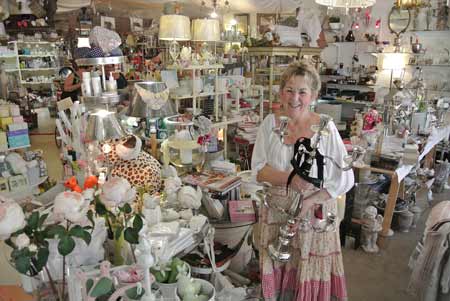 The council had promised it would pay for media advertising that the shops are still open.
This was not done, she says, but Mr Frearson says it “has been done with several advertisements appearing in the Advocate. There are also signs in the mall to that effect”.
Mrs Demarco displays a steely determination to not let the mall works beat her business.
She has some rare advantages: Novita has been serving the community for 33 years and has a huge number of faithful customers.
“We would climb a mountain to get to you,” one of them told her.
“You might have to,” she replied.
Mrs Demarco dusts off her stock – hundreds of small and intricate items – every couple of days, and washes her shop windows as often.
She has not reduced her trading hours, including some on the weekends.
“Our turnover dropped a bit but nothing like I thought it was going to. Whenever we had a couple of ordinary days we made it up by the end of the week.
“Obviously we must have missed some passing trade because we’ve been behind the fences.”
Mrs Demarco is confident the new mall will be an asset: “I think it’s going to be great. I really do. It was tired out there, it was ordinary, it needed refreshing.”
She says people driving past will think, “oh well, I haven’t been in there for a while.
“And connecting up with the river is really nice, bringing the tourists right in to the centre of the town.”
Mrs Demarco says she hopes the Alice Plaza shopping centre will embrace the new mall, rather than continuing to turn its back on it, presenting a facade of covered windows and locked doors.
Italian-born Rudi Sebastiani, who owns and runs the Feelin’ Peckish cafe and fast food outlet just south of where the Sails used to be, says he is amazed the work isn’t going on around the clock.
In Europe it would be unthinkable for a city’s major shopping street to be put out of action for a long time, while there is a clear alternative. 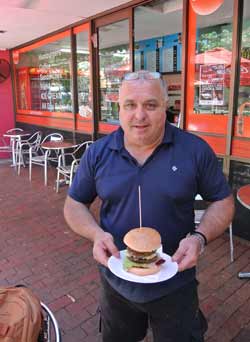 He says construction noise at night would not be a problem because there are no near-by residences.
But Mr Frearson says there are three accommodation houses in or near the Mall – Aurora Hotel, the YHA youth hostel and Todd Tavern.
And the working hours are extended: “Construction teams are working 10 hour shifts, six days a week, and sometimes Sundays as well,” says Mr Frearson.
Work outside shopfronts is mostly restricted to after 5pm and before 9am.
Some shops have their busiest trading on Saturdays and Sundays – this had to be, and was, accommodated.
Concrete can’t be poured in high temperatures which can also affect soil compression.
This takes significant chunks out of the notion of a 24/7 operation, but Mr Frearson concedes that the calculation hasn’t been made how many more hours could have been worked, and how much more that would have cost.
These answers could be given only after an “extensive review” of the project, which is not going to happen.
A clearly “key challenge” – albeit not unusual, according to Mr Frearson – was the messy documentation of underground services, water, power, sewerage and fibre optic communication cables.
Despite utilising all available drawings from P&W, the Town Council and others spanning some 30 years, “we knew, despite all the best efforts taken, uncertainty remained,” says Mr Frearson. For example, growing tree roots can shift cables. Ground penetrating radar and “visual exploration” were used but when digging started some surprises still came to light.
A fibre-optic cable was buried about 200mm deep instead of at least 500mm.
However, these problems did not cause a “net impact on the duration of the work” because other work was being brought forward when it was delayed in some sections.
At least the CBD now has impeccable documentation of what’s going on in the ground.
Mr Frearson says fences will be coming down in Parsons St progressively beginning on Thursday this week, with the majority of major works completed by the end of April, as planned.
Jobs such as landscaping, lighting and shade structures will stretch into the middle of the year, but “without the current level of dislocation” – also as planned.