Council wants to save water but doesn't like the word 'rules' 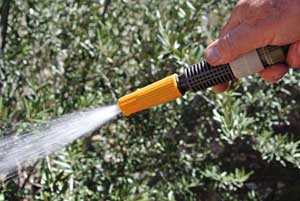 If the Town Council is a barometer of public opinion, Alice Water Smart may have some trouble with getting the community to warm to “water rules”. Council has been asked to nominate a representative to the Citizens’ Advisory Panel on the development of the rules. As previously reported here, the rules are not intended to be compulsory, more a set of guidelines drawn up through a community consultation process.

But words matter and Councillor Steve Brown led the debate with his objection to the use of the term “water rules”. Alice Water Smart has “no mandate” to impose rules, he said, and a term such as “advice” would be amore appropriate. Water use rules would be a matter for the NT Government, not for a voluntary body of citizens, he said.

Council is a partner in the Water Smart consortium, as Mayor Damien Ryan pointed out. CEO Rex Mooney understood councillors’ difficulty with the word ‘rules’ but said that it would be best for council to have someone, preferably an elected member, “around the table” on this issue.

Cr Liz Martin also thought that the word ‘rules’ would sound “overbearing” for the community; and as such rules can’t be “governed and enforced”, calling them “initiatives” might be better.

Cr Eli Melky expressed his concerns, referring to the current marketing of the concept as “almost like a political campaign”. It doesn’t show where or how any rules would be “policed”, he said, asking, “why should the people of Alice Springs follow them?”. “Water awareness is a good thing” but the council should “distance” itself from the notion of ‘rules’. Nonetheless he supported having a council representative  on the advisory panel. 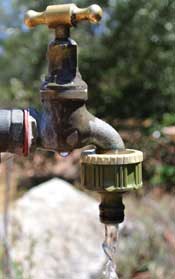 Mayor Ryan understood the misgivings around the term but compared the situation to council’s involvement with Alice Solar City and its “champions” program. He suggested that “a big part of the community will want to play in this space” and that council would need to have at least an officer on the advisory panel.

Greens Councillor Jade Kudrenko was also “uncomfortable” with the word ‘rules’ but said what Water Smart is trying to achieve is “positive”. She was of the view that an environment officer, if council had one, would have been an ideal representative on the advisory panel. Mayor Ryan appeared nettled by this: he didn’t think it would be the role of an environment officer to write rules. (Council has an environment officer whose role appeared to have been confined to landfill management matters.)  Mayor Ryan preferred the idea of having council’s Works Manager, Scott Allen, at the table.

Cr Dave Douglas, who had attended a recent Waterwise function for schools, presenting its various awards, had been “very impressed” by the schools’ water savings. While he was also against the notion of ‘rules’, he said saving water was a good conclusion in the long run.

In the end, Cr Melky was nominated, and accepted, to represent council on the advisory panel. Mayor Ryan summed up “the mood in the room”: council is interested in saving water but not in having “rules”.