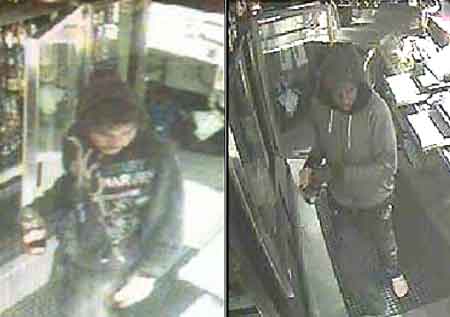 Police are asking for public assistance to identify two males who are responsible for several offences including the unlawful entry of an Alice Springs bar.
Detective Superintendent Brent Warren said it is alleged the two offenders gained entry to the premises on Hartley Street by using tools stolen from some nearby parked vehicles to smash through a wall at around 2am.
Once inside the establishment, the offenders smashed a glass door to gain entry to the office.
The males stole a sum of cash and several bottles of spirits before fleeing the vicinity on foot.
They are described as being of Aboriginal appearance with one wearing a black hooded jumper with a white design on the front, and the other a grey hooded jumper with white lacing.
Police can be contacted on 131 444 or Crime Stoppers on 1800 333 000. – Police Media release.