Can the town afford the welfare burden? 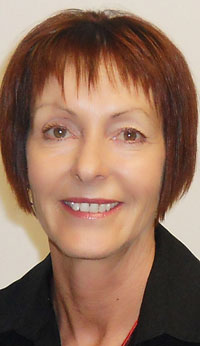 Kay Eade, Executive Officer of the Chamber of Commerce in Alice Springs, joins our Food for Thought panel this week.
When things get tough the tough get going. Kay strutted a no-nonsense attitude at a string of recent public functions: Enough talk. Here are her views of what action the town needs.
When Alice Springs was going through difficult times during the summer of 2011, I contacted many regional Chambers to find out if their communities were experiencing similar issues, and if so, what were they doing to combat the problem.
Most of them were, or had been, having difficulties with lawlessness which added to businesses operating expenses.
One topic which kept being raised was that of welfare payments.  Many of the Chambers I contacted stated that their community believed that welfare was hindering the progress of their regions. At the meetings I attended during last summer, traditional owners and senior Aboriginal people also voiced their concerns regarding welfare payments, which they believed were stunting their peoples’ progress and willingness to enter into the workforce.
Most parties agreed that welfare has it place, but at present this practice, as well as the many government agencies with ‘well meaning’ programmes, are taking away Aboriginal peoples motive to be responsible for their lives and the lives of their families.
I believe Australia cannot sustain the welfare system as it is, and if it is in fact deterring local people from entering the workforce, it is detrimental to regional towns’ economical growth. Staff shortages create a huge impact on Alice Springs businesses potential to operate efficiently, and limit their ability to develop.
The town needs the local population to fill the vacancies on their books.  The Chamber has developed many initiatives with employers with the aim to assist them in attracting and retaining Aboriginal people into the workforce.  Our findings from these exercises have been that businesses have more success with young people who attend or have attended school.
The quandary is if you decrease welfare payments, will this have an affect on Alice Springs economy?  Being a welfare dependant town has provided businesses in Central Australia steady revenue, enabling them to overcome many national economic disasters.  With tourism numbers at a low, and the affects of the federal government’s intervention having an impact on some businesses, would the transition of weaning people off welfare and making them work ready, be the straw that breaks the camel’s back?