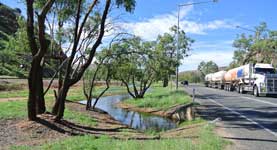 The Power Water Corporation (PWC) is not saying what is contained in the partially treated sewage that flowed to the new Kilgariff suburb during the recent rains. ERWIN CHLANDA reports. 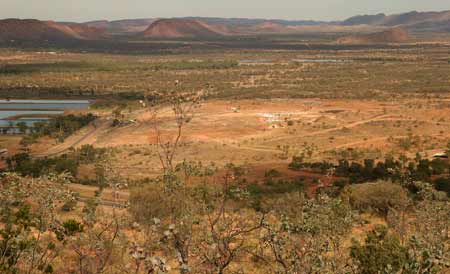 The Town Council's plans for a $5m upgrade of the tip, turning it into a "regional" landfill servicing the southern half of the Territory, is showing troubling signs of putting the cart before the horse.

All centers which would be carting rubbish to Alice Springs would be in one of the two shires south of Tennant Creek.
MacDonnell Shire CEO Diane Hood says while there are talks about a regional waste management action plan "this has not yet been discussed in any detail" and "no budget has been assigned for this purpose as it will form part of future discussions".
And Roydon Robertson, CEO of the Central Desert Shire, said when asked for a comment: “I don’t know anything about this story. I doubt its accuracy.”
Prominent councillor Steve Brown says the dump and the adjacent sewage treatment plant, run by the NT Government's Power & Water, should be moved from their present location where they are a smelling eyesore in the iconic Gap, the entrance to the tourist Mecca Alice Springs wants to be. ERWIN CHLANDA reports. [This report brings together all previous reports and updates on this subject.]

Public, not government, to do the heavy lifting in water saving scheme