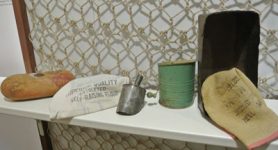 In a new exhibition at the National Pioneer Women’s Hall of Fame the objects assembled are about more than nostalgia for the past or curiosity about its ways. KIERAN FINNANE reviews.

Bringing the past to life: Mrs Muldoon reminisces about life inside the old Alice Springs Gaol 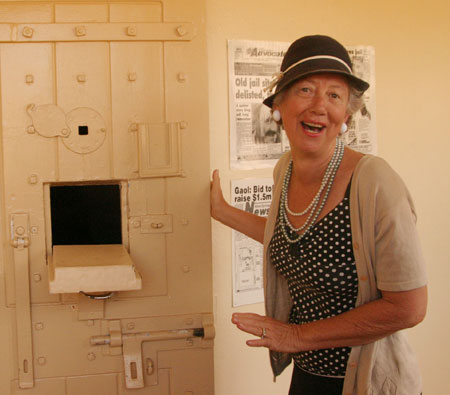 'Muldoon's Guest House', aka the old Alice Springs Gaol in Stuart Terrace, was a friendly place, for its female guests in particular. This is according to Mrs Phillip Muldoon, otherwise known as Bertie, short for Bertilla, or "Matron" to the 'guests', wife of the superintendent, Phillip Muldoon.

Mrs Muldoon, behind whose cloche hat and pearls readers may recognise local historian Megg Kelham, will conduct a guided tour of the facility next week (Tuesday, April 17, 4pm), as part of Heritage Week's calendar of activities.

During a similar tour in March, as part of Women's History Month, Mrs Muldoon spoke of segregation at the gaol. Women and men were housed within its walls, although in separate buildings and were never together: there were "no scandals"!

But it was also the case that the "whites and natives", in the parlance of the day, were separated. If a 'guest' was "coloured", and about a third of them were, he could choose which group he wanted to be housed with.

Her husband, appointed to the role in 1938, was a kind man, and wanted his guests to be happy, according to Mrs Muldoon. KIERAN FINNANE reports.