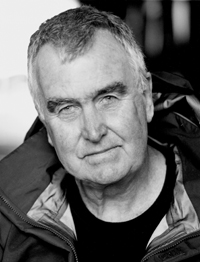 When historians come to write the history of central Australia, the archive of the Alice Springs News will be uniquely invaluable. For the last 19 years it has been the most intelligent and fearless of the newspapers, one that goes after the news—political AND financial— in ways that its rivals, almost invariably owned by Rupert Murdoch, do not. It is also a paper with a special touch for the cultural life of the community in and around Alice. It is therefore lamentable that the paper has received a judicial heavy body blow.
I am in no position to challenge the details of the judgment except to say that paper’s professionalism has in the past impressed me, as has the quality of its motivation with regard to whatever it is reporting. If the paper was in the wrong, legally, I feel sure that one should also take into account its previous general demeanor and its tenacious regard for the public good. Those who know and like the paper will of course be able to put this moment in the necessary historical context. Those who do not, or those who feel they have their own reasons to even be pleased with the judgment, will probably be indulging resentments that have little to do with the public interest. We might want to say, for argument’s sake, that this was a case of fearless reporting that got carried away with itself and deserved punishment, but not punishment at the top of the range, which this seems to have been. What we can’t say is that the paper is one of those that has at last got what was coming to it. On the contrary, it has long deserved prizes for its achievements in journalism.
I should also add, in the interests of transparency, that I am a friend of the paper’s editors. Is also crucial to say that I became their friend very much out of admiration for what they have been doing in this wretched period of Central Australian history.
One last point. As things stand a poorly resourced paper, one that created itself out of grit and social conscience, is in massive debt to a flourishing real estate agent. What is the paper’s future? A deadly question created and left hanging from this case is this: would the Territory be better off if the likes of an Alice Springs News were owned by real estate agents?

Dr Barry Hill (pictured) is the award wining author of Broken Song – T G H Strehlow and Aboriginal Possession. His books The Rock: Travelling to Uluru and The Inland Sea (poems) also arose from a decade of work out of Central Australia.