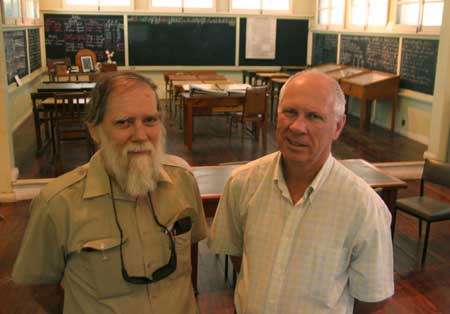 A compromise may have been reached that will help the National Trust keep the Hartley Street School – one of the few heritage buildings in the Alice CBD –  open to the public as a museum.

Following a deputation to the Town Council on Monday night by members of the local McDouall Stuart Branch, an offer has been made on the future leasing arrangements of the building, owned by council and leased to the National Trust for a peppercorn rent for the last 24 years.

The lease expires on July 31 this year. Critical to the negotiations it seems is the income the trust is able to generate from two tenancies in the building, some $36,000 a year when both are let (there is one vacancy at the moment).

The trust was hoping for a new lease for 10 + 10 years over the whole building, and to retain the sub-lease income. 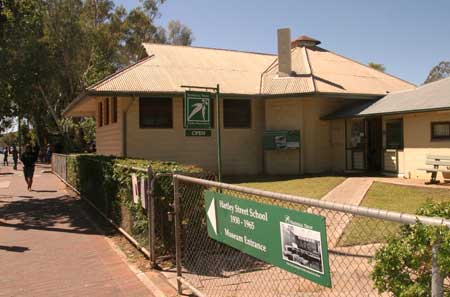 Questions from councillors concerned what the tenancy income was spent on and whether it was spent in Alice Springs (Deputy Mayor Brendan Heenan), the condition of the building (Crs Heenan and Geoff Booth) and the long-term sustainability of the volunteer effort (Cr Eli Melky).

This last was a "very tough question", acknowledged Mr Traynor, the "Achilles heel for heritage conservation".

Cr Melky also wanted to know what the branch would do if they didn't get the tenancy income: would they accept a 10 plus 10 year lease without it? KIERAN FINNANE reports.

Pictured, above: Dave Leonard (left) and Stuart Traynor in the Hartley Street School museum, kept open by volunteers six days a week. • Left: From the street the museum gives an idea of what the mid-20th century Alice looked like.

By KIERAN FINNANE Yarrenyty Arltere artists have always been frank about the origins of their art centre: it grew in direct response to social problems...
Read more
ABOUT US
FOLLOW US
©