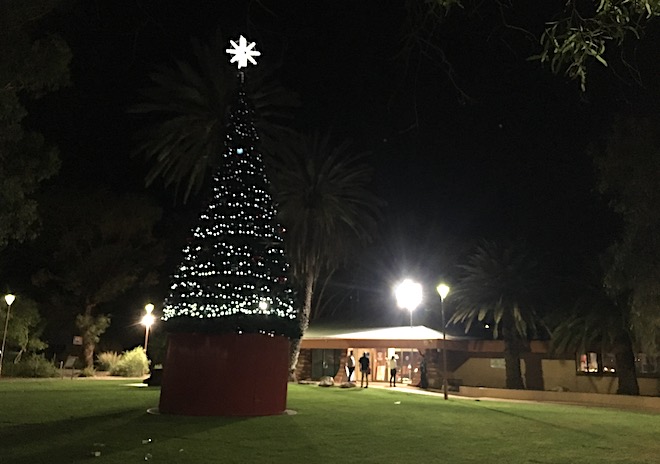 The Town Council last night voted unanimously to back escalated measures by government to counteract antisocial and criminal behaviour, including a possible curfew that lacked any kind of definition.

The only specific comparison mentioned was the de facto curfew of the pandemic-related stay-at-home period earlier this year when the streets quietened down.

So is it a population-wide curfew they’re talking about?

From the debate we can take it that they want to direct the curfew at youth, although mover of the motion, Councillor Eli Melky (pictured), was careful to avoid getting into any kind of detail, even ages and hours. 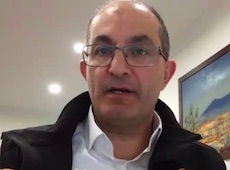 He saw that the detail was why his previous efforts to introduce a curfew had come unstuck. This was his sixth attempt in 10 years and sixth time, lucky.

When the motion passed he clapped himself.

The move comes despite police, who would have to enforce the measure, rejecting it as a useful step.

“I don’t believe it’s the solution,” CMR Laidler said. “That lies with what we’re doing at the moment, with engagement, positive intervention, a number of agencies all contributing.

“I think that’s an over simplistic view, that the curfew would be the silver bullet. A curfew would simply put another law in place. It’s not changing the behaviour of the youths. Just having another rule in place doesn’t change their behaviour. We still would have youths and behaviour to deal with.”

As councillors considered and made suggestions on Cr Melky’s motion, youths outside the chamber contributed to their resolve (to make their somewhat hollow statement), by yelling, banging on the widows, and at one stage running across the roof.

They can’t have known what was actually being debated but they doubtless know all too well the gulf that exists between them and the women and men around the table. 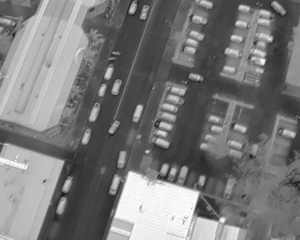 “The Alice Springs Town Council calls on the Northern Territory Government to ensure our community safety and escalate those measures which may include a curfew, extended usage of drones and safe place options.”

The reference to drones is no doubt to their usefulness in real time surveillance of, for instance, reckless driving (pictured); safe places refers to having somewhere to take youths who breach the curfew, should their home, if they have one, not be a safe place.

Although finally supporting the motion, only Cr Jimmy Cocking referred to making evidence-based decisions, noting that the Northbridge (Perth) curfew was responding to a “very different scenario”. He also pointed to the stretch that a curfew would place on police resources, saying he would prefer to have them investigating crimes, than chasing kids who are on the street after 10pm (an oft-mentioned hour for a hypothetical curfew).

Cr Glenn Auricht said he was in whole-hearted support of Cr Melky’s motion, except for a curfew, but he did not specify why; Cr Jamie de Brenni likewise. They still voted for the motion.

The specific incident that prompted Cr Melky’s motion would not have been prevented by a night-time curfew. It involved a woman walking along a footpath at 12.30 in the afternoon, who had a scooter thrown at her, followed by a number of water bottles.

“It’s something that happens all the time,” said Cr Melky.

He did not cite other specific examples except for referring to what he sees as a new phenomenon, of someone walking into someone’s house and “standing over them while they are asleep.”

Photo: Councillors taking a break between the open and confidential sessions of their last meeting of the year, Christmas Tree in the foreground.

How our most troubled young people are falling through the cracks … and some possible answers by youth worker Rainer Chlanda.

On curfew, he writes in part: “It tempts us the way any proposal that employs strong language and basic notions to remedy complex issues does (like building a wall, or stopping a boat), and does so despite research.”