New government may find itself ‘in a terrible mess’

By ROLF GERRITSEN
Re-printed by permission from The Conversation.

In February this year, the resignation of a member of the Legislative Assembly prompted a by-election in Johnston, a seat located in the Darwin-Palmerston conurbation.

Surprisingly, Labor only got about 30% of the primary vote, a drop of about 12% on its primary vote in the 2016 general election. Labor eventually won the seat, by 52% to 48% of the two candidate-preferred.There were two features of this by-election that portended a sea change in Territory politics.

Firstly, the diminution of its primary vote indicated the Labor government was in electoral trouble. The second was the by-election had been shaped by a new party, the Territory Alliance.

The alliance had come second, with 22% of the primary vote, and was only denied victory because the Country Liberal Party (CLP) had officially delivered its preferences to Labor.

The alliance was a new party, formed by Terry Mills, who as leader had surprisingly delivered government for the CLP at the 2012 election.

After seven months in office, Mills had been deposed by Adam Giles and Dave Tollner, of the CLP and subsequently left parliament. Mills returned to politics as an independent in the 2016 election.

In September 2019, he formed a new party, the Territory Alliance. His former Deputy Chief Minister, Robyn Lambley, who also had left the CLP, joined him in the avowedly centrist party.

In the Johnston by-election, perhaps driven by personal animosities, the CLP preferenced its historic enemies, the ALP, ahead of the alliance. Possibly as a consequence, the CLP vote collapsed to about 18% of the primary vote.

However, the CLP’s preferences gave Labor the Johnston victory. It appeared NT politics had become a three-horse race, with all contenders for office dependent on preferences.

The major issue was the recession into which Darwin had slipped following the completion of the huge Inpex LNG plant. Less prominent was the issue of the NT public deficit.

Then came the COVID-19 pandemic.

Chief Minister Michael Gunner became part of the National Cabinet and implemented a strict border closures policy. He presented himself as the harried protector of Territorians’ lives, a stance Labor took into the election. The recession receded into the background of public consciousness.

In March, the CLP leader, Gary Higgins, resigned and indicated he would not re-contest. Lia Finocchiaro, the only other CLP member of the Legislative Assembly, became leader by default. All this meant a three-horse contest for office and the certainty of either minority government or a coalition of some sort. 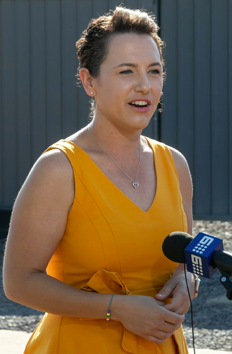 Labor admitted the budget deficit would exceed $8.2 billion by the end of this fiscal year, and did not make any serious campaign promises beyond Gunner-the-saviour and a steady-hand-on-the tiller tropes.

The CLP had a plan – to reduce red (and green) tape to stimulate business growth.

Finocchiaro, despite early stumbles, morphed into a very formidable campaigner and the CLP had hopes of restoring their numbers to being a credible opposition, if not a surprise winner of the election.

Territory Alliance made a slew of unfunded promises and Mills presented as an alternative Chief Minister. However, its castle was built on sand.

TA supporters comprised former CLP voters disaffected with the shenanigans of the 2012-16 period, as well as idealists of the “let’s get rid of parties and all have a nice chat about what is needed” type. As Finocchiaro improved, the alliance began to bleed votes back to the CLP.

On election day, Labor did about as well as I expected. It had won 12 seats and will probably end up with at least 13, and thus the majority required to take government in its own right.

Labor did best in greater Darwin, presumably because of its “no cuts” policy towards the Territory’s badly-structured and oversized public service. Public servants and their dependents probably constitute about 20% of the electorate in Darwin. Labor is now the public servants’ party.

The CLP regained almost all of its historic primary vote and will likely win six to eight seats as counting progresses over this week. Two independents were elected.

One, Yingiya Guyula, who had won the seat of Mulka (Nhulunbuy) in 2016, unseating Labor’s then deputy leader in the process. Despite Labor’s best efforts (including a deal with leading Gumatj clan leaders) Guyula will probably be reelected.

Having clearly lost two of its three seats (including that of its leader, Mills), Territory Alliance is going to have at best only one seat in the next Assembly. By this week’s end, when the votes are all counted and recounted, I expect Labor to have 13 (possibly 14) seats, the CLP seven or eight. TA will have one and two Independents will make up the rest of the House.

This election was memorable for the disappearance of a third-party challenge to the historic ALP-CLP duopoly. It was also notable for the historically low rate of Indigenous voting.

This was down from above 70% historically to below 50% of potential voters in some places this time. The NT’s Aboriginal citizens, having tried the CLP in 2012 and returning to Labor in 2016, have increasingly decided it’s a waste of time voting for anybody in the NT’s “whitefella” politics.

In the aftermath of this year’s election, it becomes apparent the Territory’s fundamental problem – a ballooning, structurally-created financial deficit – has not gone away but will get worse both while the pandemic continues, and after.

Labor might find that by winning this election, it has seized an intractable problem.