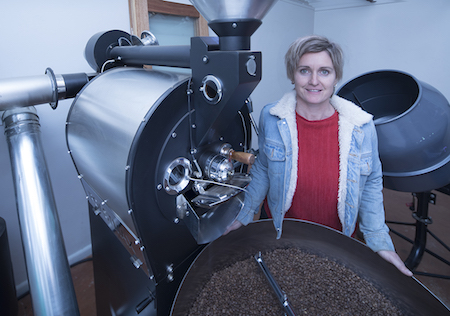 Kim Hopper, partner in a small business roasting and selling coffee, is joining a crowded field in the battle for the seat of Braitling.

After the disastrous Giles CLP government, and the catastrophic Gunner ALP regime, it is likely that 2020 will be the year of the non-major party candidates – at least in The Centre.

All the incumbent Dale Wakefield seems sure to win is the title of holding the soon to be created  portfolio of Minister for Central Australia for the least amount of time – a couple of months.

No doubt she will make the most of the successful strategies for coping with the Coronavirus although they originated mostly from the national cabinet formed for that reason.

Outspoken Scott McConnell, a defector from the Labor Party, is seeking to switch from remote Stuart to urban Braitling.

Dale McIver, for the Territory Alliance (TA), comes from promoting tourism which in the town has has been in decline since well before COVID-19.

Acknowledging the geography and possibly social make-up of the seat she is having two launches on the weekend, at the Francis Smith Park on the Eastside and the Grey Park in Braitling.

Refreshingly, she handles her own publicity and was admirably succinct in a Q&A with the Alice Springs News based on issues raised in a release from her.

NEWS: You are calling for protection of our water basins from pollution. Are you referring to fracking?

NEWS: Is the government’s handling of fracking in breach of their implied undertakings?

HOPPER: There is clearly no social license for fracking.

NEWS: What role, if any, should mining play in the repayment of our $7b debt?

HOPPER: Our long-term recovery plan should be based on the huge potential of the solar industry.

NEWS: Investment in waste diversion and re-manufacturing industries – which ones?

NEWS: What should be done with the sewage treatment plant?

HOPPER: I have not yet consulted on the sewage plant.

HOPPER: The current system is inequitable especially for New-Eastside children who are not allowed to access Ross Park.

NEWS: Adequately fund and resource our public schools – compared to which schools, for example, in Australia are they inadequately funded?

HOPPER: The NT has the neediest school sector in Australia and the funding of public schools needs to match this need.

NEWS: Enact the Close the Gap recommendations – which ones especially?

HOPPER: The targets to achieve health equality have not been reached. The NT is doing worse than the rest of Australia in many aspects. We must address the determinants of health including adequate housing, community control, affordable food, access to health services, and education.

HOPPER: Responsible governments must be acting on expert opinion. I am still consulting with health experts on this measure.

HOPPER: Number one is jobs in renewable energy and its associated industries.

NEWS: What will your how-to-vote card look like with respect to preferences?

HOPPER: My team has not yet decided on preferencing.

Ms Hopper says the government should switch to “listening to and activating the local solutions we have in spades and putting great ideas into action in our Parliament … and not get bogged down by party politics and division.” 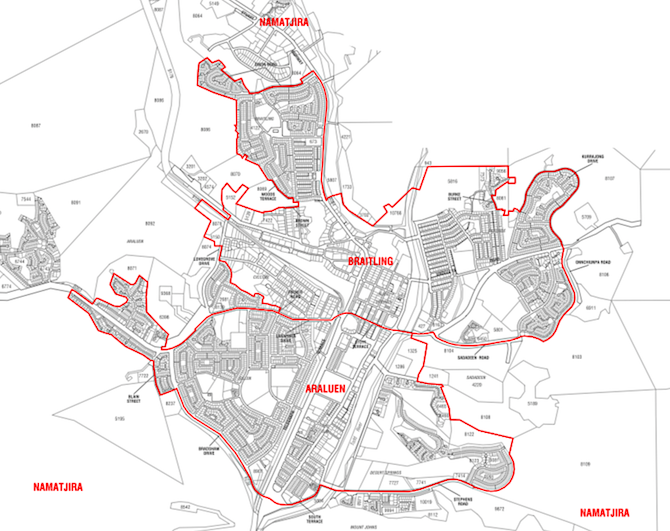