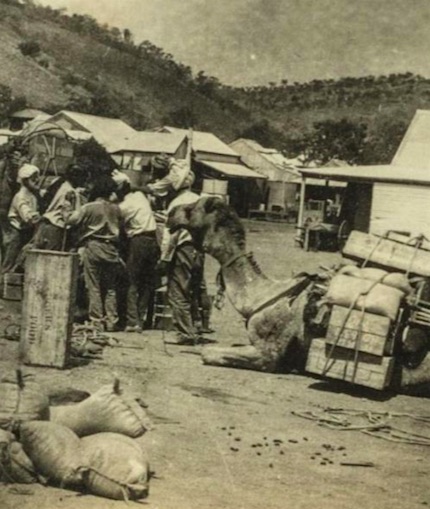 Our present experience has sent journalists, historians and archivists back to the Spanish Flu pandemic of 1918-19, to get perspective, to draw lessons. The disease is thought to have originated  in the USA but was dubbed the Spanish Flu because the Spanish press, unrestricted by wartime censors, reported on it.

The first known NT case was recorded in Darwin in October 1918. In Central Australia, its arrival and impact was unreported in the press, but thanks to the latest in an NT Library and Archives history series we can get a glimpse of those times.

The following is an extract of particular interest to the Centre. The whole story can be viewed here.

People moved freely over the Territory’s land borders and there was little authorities could do to halt the disease’s arrival. From Alice Springs southwards, Arrernte people were stricken. In the town itself, 56 Indigenous people died in a fortnight.

According to anthropologist TGH Strehlow, the Lower Arrernte people around Charlotte Waters were ‘almost completely wiped out’ by the pandemic. The cultural ramifications were immense.

In 1960 Strehlow recorded the loss entailed by the death of a man called Aywertarenye, who had died during the pandemic while relatively young. His life cut short, he had been unable to pass much of his knowledge of the Arrernte Irreyekwerr (wild onion) ceremony to his brothers.

Western Arrernte leader Gustav Malbunka (1909—1989) remembered ‘the sickness came like a fog and settled on the land and everyone started getting sickness’. Afterwards, survivors painted warnings to deter visitors from entering an estate in which many people had been killed by disease.