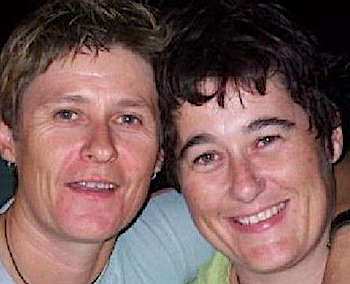 Superintendent Pauline Vicary says police are “extremely concerned” about three people missing since last Saturday, with no known contact since their departure from Alice Springs.

Neither has there been any use of their mobile phones nor access to their bank accounts, suggesting they had not bought any supplies along the way, for example, at Stuart Well south of the town.

As their intention was to go on a day trip only, it must be assumed that they have by now run out of supplies.

Supt Vicary told media this morning that a ground search had not started – the vehicle would need to be found first. The rego number is S483AAI, a white Triton.

She urged social media users not to spread misinformation, rather support the families of the missing.


Report of November 27: Police hold concerns for three people who have been reported as missing from Alice Springs.

The group are believed to be travelling in a late model white Mitsubishi Triton, possibly with SA registration and had a white dog on board.

Police have made a number of inquiries and launched an air search of the Stuarts Well and Owen Springs area yesterday.

Police hold concerns for the group as it is unusual for them not to be in contact with family members.

The search continues for the three people who were last seen at a unit in Elder Street around 5pm to 8pm on Tuesday November 19.

The three had told friends and family they were going for a drive south of Alice Springs, but failed to return that night and were reported as missing to police on Saturday November 23.

At the time they left, it is believed Claire was wearing blue jeans, a dark blue short sleeved t-shirt and a red patterned bandanna, and Phu was wearing tan coloured cargo shorts with a red t-shirt. We don’t have any information as to what Tamra was last seen wearing.

Police have released an image of the vehicle the group are travelling in, being a white Mitsubishi dual cab Triton ute with South Australian registration S483 AAI.

The vehicle has a black soft tonneau cover, a front nudge bar with two round lights, a UHF aerial and a black bonnet strip.

A pet grey/blue coloured Staffordshire bull terrier is with the group, and it is not known what supplies of food or water, if any, they had taken with them.

Aerial searches of the Stuarts Well and Owen Springs and Henbury Station area have been conducted by police during the past two days, but have not located the vehicle.