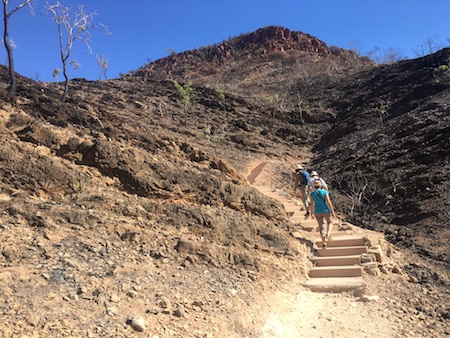 Three small fixed-wing aircraft and one helicopter are standing by at Batchelor for use as water bombers during the fire season but there are none in Alice Springs.

The aircraft are under a national system including all states and Territories which receive a Federal subsidy of $15m for fixed costs – “standing charges” – ensuring planes can be airborne at 15 minutes’ notice.

The total national spend for these charges is about a total of $70m.

There is growing discussion nationally about the need for aerial fire fighting as bushfires are becoming more frequent with climate change. Locally, questions are being raised about the catastrophic 17-day fire in the West MacDonnell National Park in January.

Richard Alder, from the National Aerial Firefighting Centre, says it acts as broker for some 150 aircraft ranging in size up to B737 and C130 Hercules which can carry 15,000 litres of fire fighting liquids.

These planes are typically based in Melbourne or Sydney although some are overseas owned and are deployed to other parts of the world as well.

Their use in Australia is scheduled through bookings under a “collaborative procurement” by state fire authorities which would reserve a plane or planes if they are likely to be needed.

From that time on they attract a standing charge. Once they start flying an hourly charge is added.

The amounts are commercial in confidence, says Mr Alder, but Paramount Business Jets quote around US$17,000 per flying hour for a 737.

Mr Alder says the turn-around between sorties is only about 15 minutes.

During the January fires, only a few minutes’ flying time from Alice Springs airport, two sorties an hour could have been flown.

At the highest “coverage level” – dealing with the biggest and hottest fires caused by heavy tree cover – the length of the drop on the ground is about 300 metres. 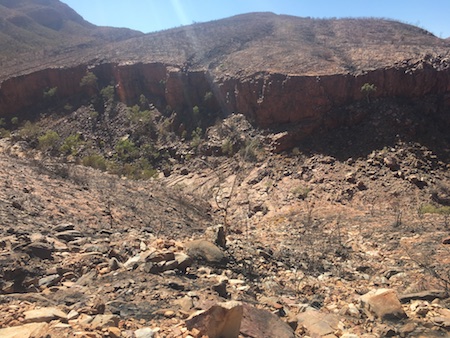 “So at higher coverage levels, the length of the drop is necessarily shorter, as the fluid is thicker on the ground. At lower coverage levels the drop can be stretched out, up to 1000 metres, but effectiveness will be reduced, especially if the fire is intense or fast moving.”

Mr Alder cautions that water bombing is not a silver bullet: It’s effectiveness depends on its management, usually by experienced firefighters, also airborne, collaborating with ground crews using graders and back burning.

The effect of wind that may carry embers ahead of the blaze can also play a role.

Mr Alder says the facilities needed on the ground are not complicated.

Fire fighting fluid can be made while water is being pumped into the aircraft and mixed with a gel-like component, a process that takes only a few minutes.

Fire retardant fluids have to be mixed on the ground but that can be done in a road tanker trailer.

NT authorities have not yet answered questions from the Alice Springs News about preparations for bushfires in the coming summer.

PHOTOS: The devastation at Ormiston Gorge after January’s 17 day blaze in the West MacDonnell National Park.