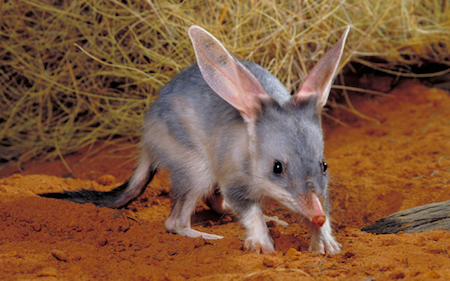 Sir – Indigenous rangers found signs of bilbies where they expected them to be surviving and there appear to be reasonable numbers of them.

This suggests there are healthy breeding populations in these last refuges, which are mostly on Aboriginal land.

The cross border blitz, around the Easter period, collected base line data about the last remaining bilby habitats.

Indigenous rangers from 11 groups in the Northern Territory and Western Australia found bilby tracks, scats and burrows in 58 of the 249 areas they surveyed with the new tri-lingual Tracks app.

It allowed the rangers to record it in a standardised way in two of their first languages, allowing the results to be compared with future surveys.

The 249 two hectare areas, known as track plots, which were scoured by rangers for signs of the threatened marsupial, were in places where bilbies were expected to be found, where they had been recorded in the past, or where there was the greatest chance of finding them.

The rangers found signs of new bilby populations at Kiwirrkurra in WA and the northern Tanami in the NT.

The only area where the rangers didn’t find any bilby signs even though some had been sighted there recently, was east of Barrow Creek.

The rangers found old burrows but no fresh evidence, so more surveys will be needed. They also recorded signs of the bilby’s main predators, cats and foxes.

The findings are raising questions about which feral animal poses a greater threat to bilbies.

Rangers found cat signs in 111 of the 249 track plots, including where many signs of bilbies were also found.

This means that bilbies can survive living side by side with cats, but we don’t know how many cats is too many.

Rangers found evidence of foxes in only 50 of the track plots. However, where there were foxes there were fewer or no signs of bilbies, particularly in areas without recent bilby records.

We found more evidence of bilbies in the areas where there were cats. Perhaps that means that foxes have a greater impact on bilby numbers than cats and that a single fox is one too many.

We need to do more research about the dynamics of feral hunters, their relation with the dingo, and their combined impacts on the bilby.

The base line data from the surveys will inform the Commonwealth’s soon-to-be released bilby recovery plan.

It’s the first time a Commonwealth threatened species recovery plan has been developed with the assistance of an Aboriginal subcommittee and rangers on that committee have had substantial input.

The Bilby Blitz data will help land managers and ecologists to detect local changes in biodiversity, as well as monitor broader impacts of feral species and climate change across Australia’s desert regions.

They will also help our rangers to better manage the country for bilbies through the use of fire and the control of feral animals.

Additional surveys the rangers carried out since the Bilby Blitz have already borne fruit.

Recently they captured a male bilby on a sensor camera north of Tennant Creek.

There were also signs of what rangers believe were two females. That’s excellent news.

The rangers recorded these latest sightings on the Tracks app in Warumungu.

The app, which was designed by the CLC and the CSIRO, has also been translated into Warlpiri.

It is part of a comprehensive threatened species data collection, storage and management system linked to the CSIRO’s Atlas of Living Australia.

As the last bilby refuges today are on Aboriginal land between Central Australia and the Indian Ocean, Aboriginal ranger groups are vital for the survival of the species.