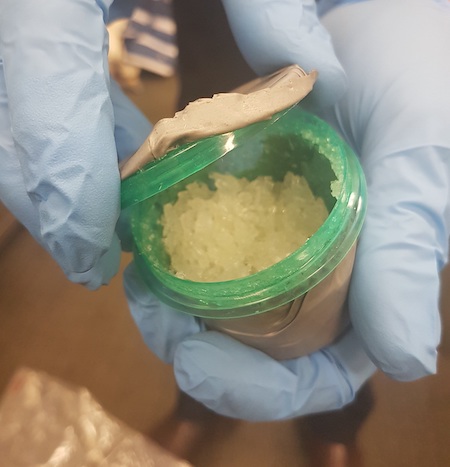 A point costs about the same as slab. It keeps you happy for a couple of days, is more fun and unlike booze you can get it 24/7. They’ll even home deliver.

Or you can order it on the dark web, pay by bitcoin and have it vacuum packed sent from overseas: 30% is intercepted, but 70% gets through.

The dealers are making a motza – buying wholesale for $20 and reselling for $70.

Until you hit the downside. “It can take a month or more to detox. Addicts sleep for the first couple of days and then they start getting very active. The brain is like a dormant volcano.

“Something makes it erupt. It sometimes has concealed mental health problems you’ve never known you had. And then everything erupts. Bang!

“Couple that with the lack of happy genes, and voices telling you to harm yourself. The pleasure centres of your brain have been killed off, or made dormant.

“When you go off the stuff, it takes between one and two years for those pleasure centres to regenerate.

“In the meantime you can’t feel pleasure about anything, food, that wonderful scenery, a great night out. A year or more of massive depression and mood swings. You have no sense of self worth.

“You are very lonely and isolated. It’s almost like being in purgatory. Your libido is out the window. You don’t have nightmares, you have night terrors. It’s so real. You’re actually living it. You wake up screaming the house down.

“After the first two years of living hell, the next two you’ll have bouts of depression and you have to be careful with your drinking. A lot of people are substituting with alcohol.”

A point is 10% of a gram of methamphetamine – ice.

Danny Lloyd speaks from personal experience: He was on ice for five years. Now he’s been clean for four years – “four years and 18 weeks”. He’s still counting the days.

He works for the small Alice Springs NGO called Drug and Alcohol Services Australia (DASA) which helps people who have addictions.

It used to deal 90% with alcohol and ganja.

It was the drug of choice mostly for white people – right across the social spectrum. Now half the users are Aboriginal, and the drug is invading bush communities.

Some users are as young as 14.

When DASA set up a special branch for ice in May last year, they had 25 people on their books within a few short weeks.

“We were inundated from the day dot,” says DASA CEO Carole Taylor.

Now they’ve had to close their books at 60 because the funding of $500,000 pa for two years doesn’t stretch beyond two workers, two cars and an office.

“There is not a lot of money in the ice bucket,” quips Ms Taylor.

It’s an absurd contrast to the public hysteria about alcohol initiatives whose costs in the millions are as massive as their results are minimal, with the floor price the latest silver bullet. 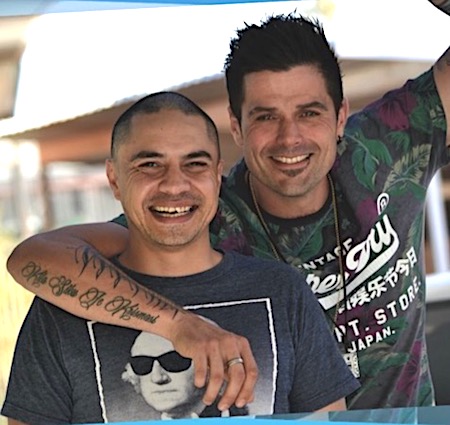 The fact that DASA is leading the nation with this service, and that people come to Alice because there is none in their home state, doesn’t seem to cut any ice (no pun intended).

What is DASA’s success rate?

While there are careful health statistics about alcohol abusers, there are none about ice. The reasons? Users are trying to conceal it. They often seek help as alcohol addicts or users of ganja. Ice is a hidden drug because of the stigma.

And it is “such a long term recovery” until success can be declared. “We can give you figures of people who’ve been off it for three months, six months, a year,” says Ms Taylor.

“Success can also be for a person to have been off it for three days,” says Tai Tipene, the second ice worker. “Look at the person, not the drug.”

The prospect for Alice Springs if it fails is horrendous: “Look at towns in regional Victoria ,” says Mr Lloyd – and other regional towns. “They are the ice capitals of the nation. It is absolutely out of control.”

Compared with it, the level of youth crime in Alice Springs would be a Mary Poppins tea party: “There are people who don’t want to live in these towns any more.”

Whilst urging the public to see ice as a medical not a criminal problem (not all that different to hitting up on sugar, prescription drugs, cigarettes, caffeine), Mr Tipene says DASA approaches the emergency from a social, not a medical angle.

“Whatever works for their clients,” says Ms Taylor. This has included cleaning their flats so they don’t lose their bonds. Or cutting someone down from a noose and resuscitating them.

Help from other agencies is fragmented: Does the $40m plus a year Congress help?

“To be honest, no. We use their Social Emotional program occasionally. There are very few people in this town who are equipped in this field.”

The competitive scramble for government funding – “too much ego” – doesn’t help with forming alliances in a common goal, meaning the client who is the prime focus, misses out.

Pain relief medication is usually only provided if a DASA member is in the room “because our clients are seen as drug seekers,” says Mr Lloyd.

Some people opt for a prison sentence to manage their addiction.

The youngest referral was a 14 years old who injected meths. A year later she was two months clean.

“We don’t force anyone,” says Mr Tipene. “We drop seeds, work with them, with the family.

“This young person is back on ice again, fell in with the wrong people and was not making eye contact with me any more.”

Employers have been found for recovering addicts, helping them “to form a new life” but employment services around town are still reluctant to take on “the more difficult cases” as opposed to the easy ones.

Many clients are professionally qualified and “we could have them back on stream within a week”.

It’s time for government action – and that means much more funding: That’s the clear message from DASA.

There have been three attempted suicides this year. The social work is “high pressure, a massive amount of emotion.

“Parents are crying, begging us to take their children. We can’t say no.

“Addicts are hiring kids to break into houses and steal for them.”


PHOTO from the Alice Springs police who seized 28 grams of methamphetamine (ice) with an estimated street value of $42,000 on September 24.

Two men, aged 32 and 21 were arrested and charged after an extensive investigation by the NT Police, the Cross Border Team and South Australian Police.

Working within the social and emotional arena as a registered psychologist, I can truly appreciate the work being achieved through these two young men and DASA as an organisation.

They are looking to help support users, their families and friends and our whole community to beat this toxic activity. It is a scourge on so many lives at so many levels. As the only agency in town with a dedicated team available, the demand on human and financial resources at DASA is huge.

As a psychostimulant, a major factor impacting on its continued use is that once a person tries crystal methamphetamine (ice), they have such a euphoric experience that they keep trying to emulate it over and over again. The problem is that they will never reach that initial level again so trying to do so is a pointless exercise.

We, as a whole community, need to work together to improve the lives of young people intergenerationally so they are not tempted to engage in what can so easily become a human tragedy. There are so many positive choice options for people to be introduced to and engage within and around our town. We need to focus on those opportunities.

A 20-year-old woman and 29-year-old man were arrested on Friday after members of the Southern Drug Investigation Unit seized a package containing 14 grams of methamphetamine. 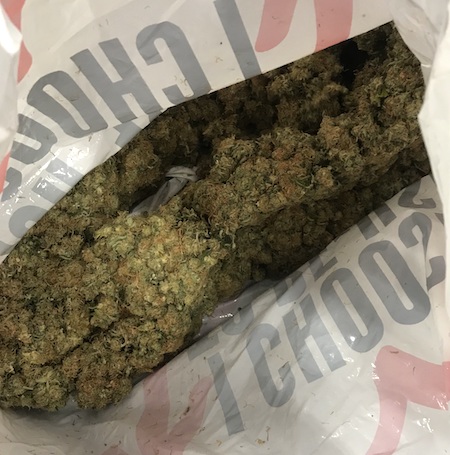 The pair have been charged with one count each of supply methamphetamine, less than a commercial quantity, and have been remanded in custody to appear in court in Alice Springs this week and early next month.

Members of the Southern Drug Investigation Unit arrested a 42-year-old woman in a separate drug incident this morning.

It is alleged the woman was found in possession of approximately 5.7kg of cannabis (pictured). She is expected to be charged and appear before court later today.