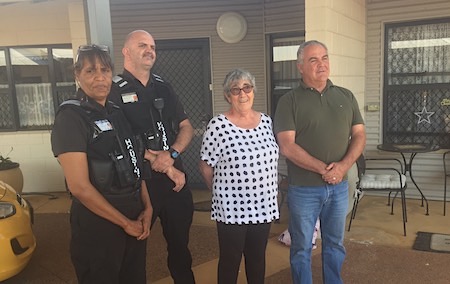 Local Government Minister Gerry McCarthy today would not rule out that the NT Government will move to compulsory acquisition of the Town Council-owned Anzac Oval as green space for the National Indigenous Art Gallery.

He was asked the question four times by the Alice Springs News Online during a “media event” this afternoon.

These were the answers Mr McCarthy gave. 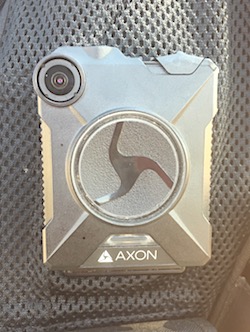 “As the Minister for Local Government I am a member of Michael Gunner’s team and we are very much looking forward to siting, to growing and to developing a national Indigenous art gallery.”

Philippe Perez, from CAAMA, pointed out Labor MLA for Stuart Scott McConnell had reservations about the gallery being at the Anzac precinct. Mr McCarthy replied that the big question is now where we are going to “house the thousands and thousands of tourists a year”.

“It’s not an issue. Michael Gunner’s government is going to land it, Erwin, and you are going to be very proud of it.”

He said they were useful in “de-escalating conflict incidents” and could be used as court evidence and in police investigations.

They can be turned off and on at the officer’s discretion and the archive of recordings is “managed essentially by NT police”. The recordings can be subpoenaed.