Some creatures in The Centre used to be big 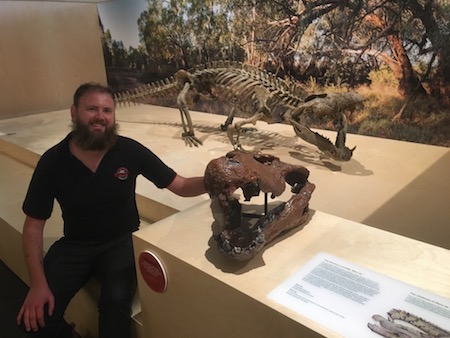 Eight million years ago, Crocodile Dundee would have had a ball in Central Australia.

Baru the crocodile (pictured), one of the stars of the Alcoota Megafauna Central opened this afternoon in Todd Mall, was wallowing in creeks and mud just up the road from Alice, at a time when there was lots of surface water and lush vegetation.

He (she?) is pictured with palaeontologist and technician Sam Arman. He says around 80% of Baru’s bones were found at the dig north of the Plenty Highway, some 200 km north-east of Alice, and the rest were 3D printed using a method called photogrammetry.

Another impressive exhibit is this bird called Dromornis (below), which grew to three metres tall and weighed up to 650 kg. This chick, a flightless bird, is surprisingly not an ancestor of the emu, which it resembles, but of the much smaller magpie geese. 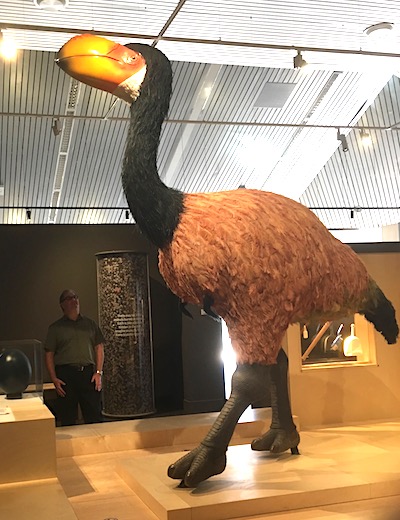 He says: “Megafauna are too recent to be dinosaurs, the last of which died out more than 66 million years ago.

“But like the dinosaurs, most of the Australian megafauna is extinct.

“Only a few of the largest kangaroo species and the saltwater crocodile can be counted as surviving.”

This skeleton (below) was cast early last century from bones found in Lake Callabonna in SA.

The creature used to roam in Central Australia. 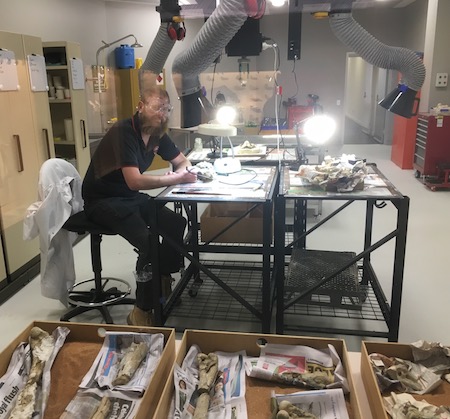 The lab where the fossils are made ready for display or preservation. 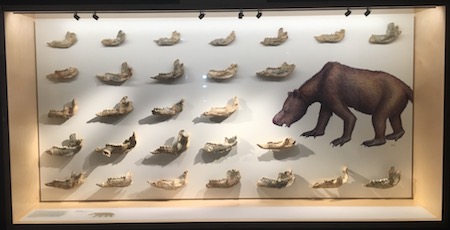 This ancient animal, about the size of a sheep, was plentiful here, as the many jawbones found attest.