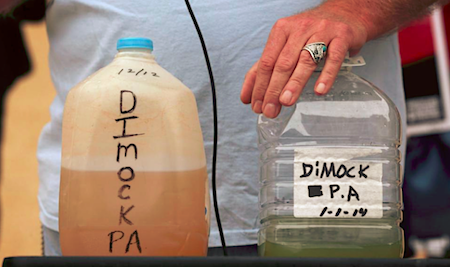 He claimed the trip’s purpose was to gain insight into “world’s best practice” and visit “some of the most well-regulated sites in the industry for its application in the Northern Territory”.

The trip cost more than $80,000, an extraordinary waste of taxpayer funds as the tour’s stated aim is at odds with the findings of the Gunner Government’s own public inquiry into hydraulic fracturing, carried out at a cost of $5m.

Had Mr Vowles (pictured) bothered to take note of its own commissioned research contained in the Pepper Inquiry, this expensive and unnecessary PR exercise could have been avoided.

The inquiry documents the long and unenviable track record of both the Pennsylvania and Texas state governments in the regulatory mismanagement of fracking operations, including documented evidence of drinking water contamination, spills, leaks, health impacts, decreasing wellbore integrity and complaints by local communities.

If this experience is what the Gunner Government will be basing its fracking regulations on, Territorians should be alarmed. These are hardly examples that the Territory would want to follow. If this is world’s best practice regulation, then it shows that regulation is incapable of preventing harm.

Further to the NT Fracking Inquiry references, there are numerous other government, science and news reports of negative impacts and regulatory failure in Pennsylvania and Texas. A detailed list can be found in the briefing paper attached. Key concerns include:

• The State of Pennsylvania has confirmed over 300 cases of drinking water contamination from drilling and fracking activities.

• A study of methane leakage from abandoned wells in Pennsylvania showed all wells monitored were leaking, due to inadequate capping or poor cementing practices, recording significant overall leakage rates.

• Studies confirm methane contamination of drinking water in aquifers overlying the Marcellus and Utica shale formations of north-eastern Pennsylvania associated with shale gas extraction. The studies found the closer a drinking water well was located to a fracking operation, the higher the measured methane concentration compared with non-hydraulic fracturing locations.

PHOTO (courtesy Frack-free NT): Water taken from houses in Dimock, Pennsylvania, where residents won a court case proving fracking responsible for the pollution a couple of years ago.