ANZAC: The day of many meanings 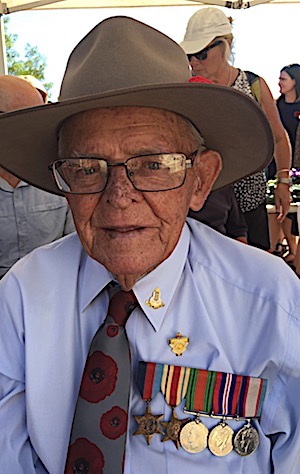 “It means a day of remembrance, a day of celebration, a day of sadness. You’re thinking of your mates you left behind.”

This how 97-year-old Sydney Kinsman (at right) reflected about Anzac Day this morning. He is a Rat of Tobruk, the admiring name given to the soldiers of the garrison who held the Libyan port against the German Afrika Corps, during the Siege of Tobruk in World War II.

The siege started on April 10, 1941 and was finally relieved at the end of November. (Photo below of soldiers there from the Anzac Portal of the Australian War Memorial.) 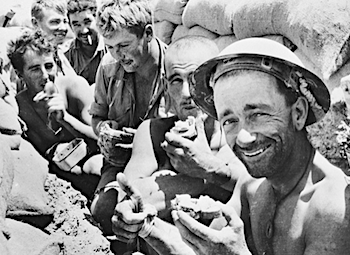 Does it worry him that there are complaints about the Pine Gap military base being present on Australian soil, and possibly being a target?

“We’re just here to pay our respects to the Australian military,” said Sgt Owen, who is pictured (below) with Norforce Warrant Officer Class Two, Marty Taylor.

From a totally different direction, namely Hermannsburg, 125 kms to the west, came 20 young Aborigines and their support crew. They arrived on horseback, after a seven-day ride, taking turns in the saddle. 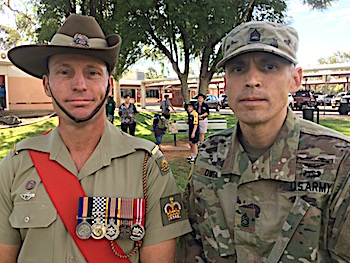 What does Anzac Day mean for him, we asked horseman Latrelle Katakarinja, aged 15: “It is about people who have fallen in the war for us,” he said. He is pictured with Norman Raggett (at left in the photo below), aged 17.

Hundreds of locals took part in the parade, after a dawn service that could not have taken one extra person on the top of Anzac Hill.

In front of the cenotaph, where three wreaths had been laid in memory of the fallen, veterans posed for photographs by family and friends.
Below, two friends in their current working lives on the APY Lands, have found they share a history of service, from left, Tukimihia “Nugget” Ngatai in the NZ Navy, and Ray Walis in the Australian Navy.

Both the NZ and Australian national anthems were sung as part of the dawn service.
Mr Wallis counted himself lucky to have served in the ‘80s when “there were no wars”. Mr Ngatai had served as a peacekeeper on Bougainville in PNG.
The annual ride from Hermannsburg is a partnership between the NT Department of Education, the Ntaria School community, Western Aranda families and the Australian Government’s Stronger Communities for Children program.

Coordinator Annie Kennedy says throughout the ride, students were joined by Tjuwanpa rangers who taught them local bird and plant identification and how to make bush medicine along the way. The ride acknowledged the role of Indigenous people in the Australian defence forces and the Central Desert brumbies used by the Light Horse Infantry during the First World War.

Ntaria School Principal Cath Greene said the ride engaged the students and the community in authentic learning, while bringing the whole community together.

“This experience has been a wonderful opportunity for the students to enhance their learning and life skills, while honouring the Aboriginal servicemen who fought at war,” Ms Greene said.

Here is a photographic record of the day involving thousands. 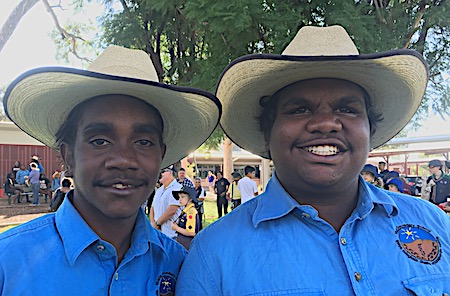 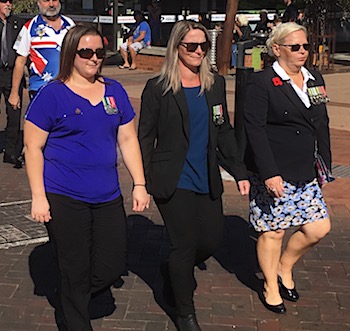 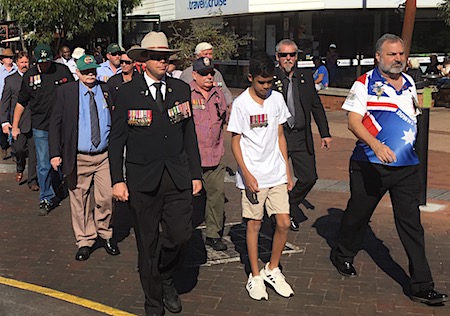 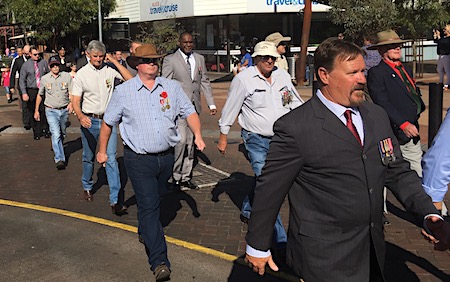 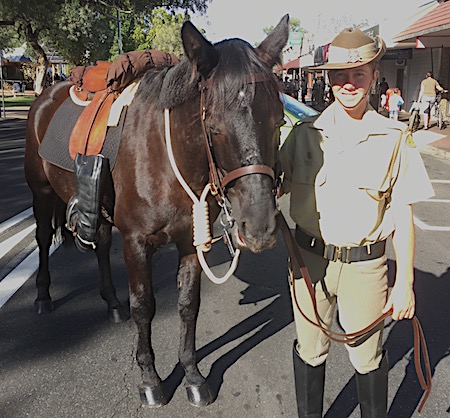 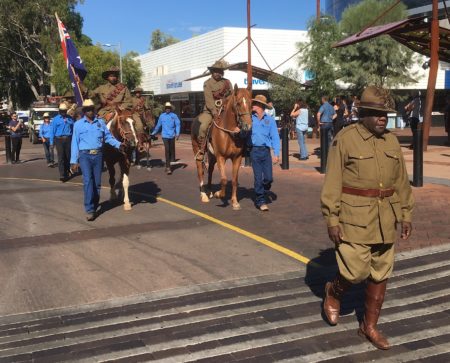 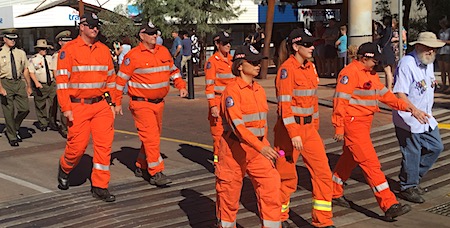 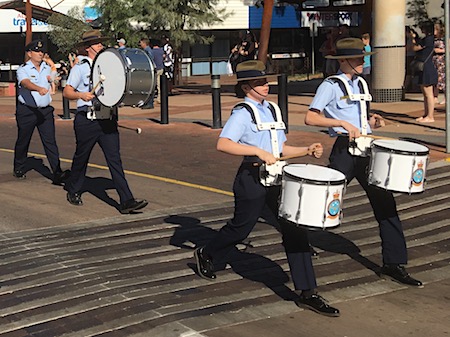 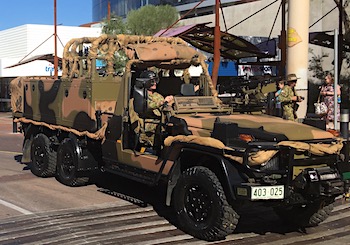