Can you successfully sue a politician? Maybe. 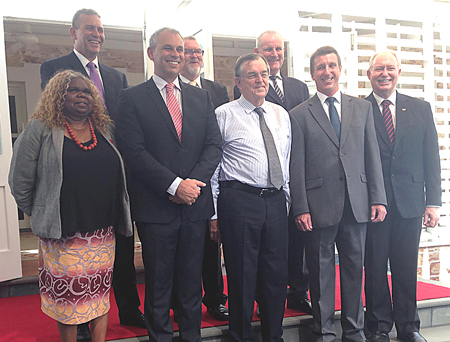 Sir – This story started with my joining the local Bendigo Bank as a volunteer board member five years ago.

Directors are meant to ensure the bank operates legally as well as effectively.

We are also meant to link the community and the bank while being personally accountable for the bank’s legal operation (Corporations Act 2001).

Well, this started me wondering, if I as a volunteer am meant to be accountable, what about our elected officials and their senior advisors?

Are they equally accountable? Sure, we can throw them out if we are unhappy with their performance at the next election, but what about in the meantime?

In the current political, social and economic climate our society has seen the erosion of social equity and fair play. Biased decision making has favoured vested interests, time and time again.

So my question was formed: “Are elected officials and their senior advisors personally culpable if they make decisions contrary to ethical practice, negligently or against the common law principle of natural justice?”

The answer is maybe. There is a thing called Crown immunity (Legal Aid , Alice Springs 2016).

In Belgium “The King / Queen is inviolable. The ministers are accountable”.

In Australia it appears to be similar but not fully explored – see the case of the Hindmarsh Bridge and ministerial responsible. There is no constitutional provision for Crown immunity in Australia.

Public servants (including politicians) are meant to make decisions on the basis of the most good for the most number and leave no one behind.

There is also an implication that our decision makers will be impartial by following similar rules as the court system: There is evidence, there is procedural fairness and there is full disclosure.

So if I am to have a conscience and be accountable for my decisions  as a volunteer director, I expect my elected officials and their advisors to be equally accountable for their decisions. And it seems that is the case.

And if it is not the case we need to change the law so that our representatives (the public service) are accountable throughout their terms for their decisions.

Personally, I am not interested in litigation, but I would like our government decisions to favour all of us and not just the “big end of town”.