Another one woman campaign for Alice tourism 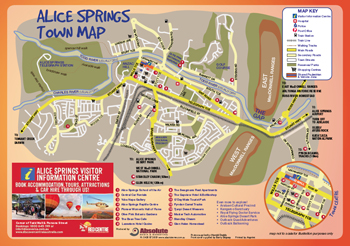 Ayers Rock Resort gets barely a mention (except by one tour company also pushing trips to the West Macs) and visitors are encouraged to stay 10 days in Alice Springs and at its near-by natural wonders.

Tracie Hall is the second woman to recently draw attention to the lack of promotional focus on Alice Springs, but she is taking her campaign to a whole new level.

“The whole idea of my media campaign is to base yourself in Alice Springs – not Uluru – and enjoy Central Australia as well,” she says. 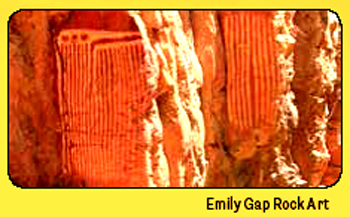 gan, who recently urged the Town Council to get the NT government and industry promoters off their backsides, Ms Hall takes the view, we’ve got it so let’s flout it.

She’s making her point in 100,000 larger than A3 size brochures financed by her.

Ms Hall created the concept, sold 17 advertisements, produced the glossy flier almost entirely with local photographers, graphic artists and printers, and will now distribute it between Port Augusta and Darwin in three road trips during the year.

Ms Hall says advertisers in her media campaign paid about half when compared to the ‘Welcome to Central Australia’ booklet that is produced in Cairns, printed and designed interstate. 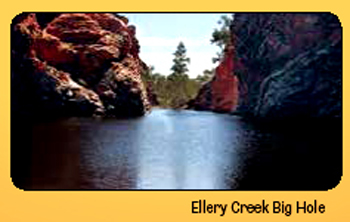 “Our initiative is not just an advert in a book, it’s a full campaign involving all media elements,” Ms Hall says.

Her brochure is linked with social media exposure, managed also by a local company, and TV spots produced and aired by Imparja.

“No other campaign I know of is using all of the different media elements, has been produced locally, by a local business,” says Ms Hall.

Ms Hall says: “TCA (Tourism Central Australia) have taken an advert in the campaign so there is some support from them that is appreciated.

“They wouldn’t however allow me to use their branding or the visitor information number as the call to action at the end of the TV commercials ‘did not reflect their brand’.

“They have a slogan ‘stay another day’. I am disappointed that it couldn’t reflect just how much we have on offer, hence my motto is ‘with so much to do, stay a week or two!’

“I also feel it is up to our individual industry businesses to promote themselves better. Each business needs to put themselves out there more and not just rely on government funded bodies to do so.”