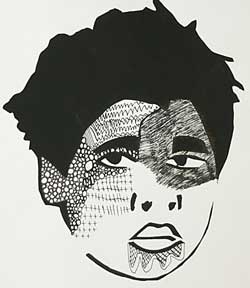 Rampant misconduct by some students is making Yirara unsafe for other students and staff and makes meaningful teaching all but impossible.

So says a teacher at the residential college who spoke to the Alice Springs News Online on the condition of not being named: “We have no authority, we get no respect,” the source says.

“The kids just refuse to obey. They walk out of class, they tease each other in language. The teacher can’t understand them. Talking in language they can plan mischief: ‘Why don’t we just walk out?’

“They undermine teachers who can’t do anything.”

Fights broke out last week, yet the kids were back in class that afternoon.

“The school has no authority. The kids do what they want.”

Dozens of kids, the most difficult ones, should be culled from the approximately 200 who are enrolled now, to give the rest a chance of learning progress, says the teacher.

Meanwhile the News has been told that half the teaching staff – seven out of 14 – resigned last year. At least three other experienced teachers who were there in 2014 are planning to leave at the end of this year.

This is the teacher’s account of the conditions at the college so far in 2015:-

The school is woefully understaffed, given increased student numbers resulting from a scaling back by the NT Government of secondary education in the bush.

There are not enough teachers and student coordinators, yet the college, to increase income, is enrolling as many students as it can. 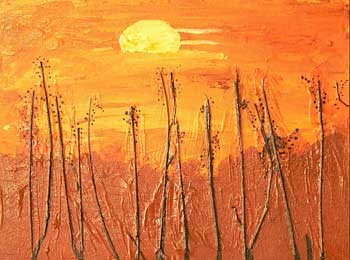 Many of the newly arriving kids are woefully unprepared for life at Yirara, and with a grossly inadequate primary education, have no hope of keeping up with the standard curriculum.

“The kids have no respect for either,” says our source. “An Aboriginal person with language would be helpful.

“There is a bigger problem: The school needs to have a planned structure and curriculum. A feasible number of students needs to be matched with the required number of teachers and support staff. A timetable needs to be written. Only after this plan is made and the structure created, we should enrol the students and put them in classes that are running properly.

“So far we just see who turns up. We’re playing catch-up. It’s farcical. We’re putting out spot fires all the time.”

Students who barely know the alphabet are thrown in with kids who have good primary education. The result is that no-one makes progress.

There is no filtering of students – some even have bad eyesight or hearing.

A teacher was confronted by a new student who was not on the roll, had no academic background, could not do what he was asked to do. 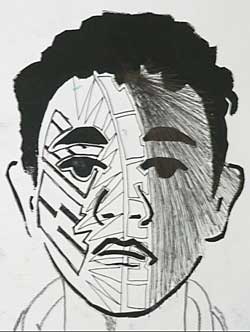 The student walked out of the room, interrupted other classes, threw rocks, banged on doors and windows, got back to class, lay on a classroom table, walked around the room, picked up things, threw them, made drawings on walls and tables.

Policy documents dealing with conduct are completely unrealistic: “If a student does not follow instructions three times they are to get detention.

“But some students have never followed instructions. We don’t have time to list them all. 90% of the school would be in detention. It doesn’t work,” says the teacher.

“It happens too often. We are so overrun by bad behaviour.”

There is only one person in charge of student “behaviour and well-being” but the principal, the assistant principal and the head of curriculum sometimes have to intervene, doing “their best but they have other work to do.

“The principal is putting himself at risk by chasing after students who are supposed to be in class. This shouldn’t be up to the principal of a school.”

“It was raised in a staff meeting that the school is currently dangerous for staff and students. While we have no control over the kids, we cannot guarantee safety.”

The teacher says there should be a transition program for bush kids over – say – five weeks, boosting literacy, explaining how the school works, “so they can have some success. 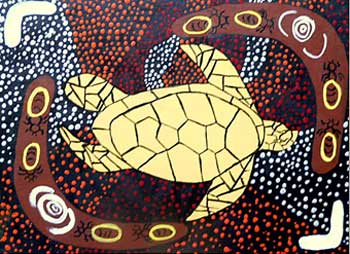 “Many come with no idea of what the school would be like.”

The News yesterday spoke with principal Roger Ashcroft and offered him the right of reply, as we did to board chairman Tim Stollznow. Both declined to comment, but Mr Ashcroft will meet with us tomorrow.

IMAGES: Work of students from the “art gallery” on the college website. No details are given.

Some reports about Yirara from our archive:
They’re back for good.
Cape York lessons for Centre’s schools?
Lutherans may run Yipirinya School
Yirara is “stabilising” college at The Rock.
Young people ‘on the fence’ on curfew
Private schools are booming in The Alice