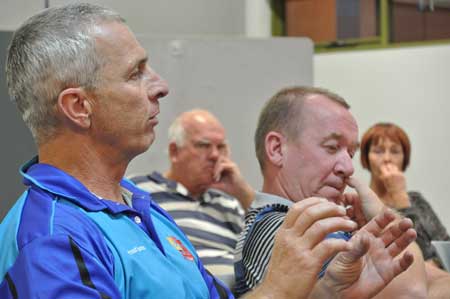 Three faceless bureaucrats intent on demolishing private enterprise as we know it in Alice Springs were facing off with the town’s entrepreneurial elite fighting a gallant last ditch battle – in the Town Council’s Andy Mc Neill meeting room last night – for their very livelihoods and all that’s good in The Centre.

One hour and 48 minutes later the bureaucrats not only had faces, but turned out to have fairly solid backgrounds in private enterprise as well. And the movers and shakers had agreed with them not only to meet formally twice a year, but to part, for the time being, on a “talk soon” basis. Amazing.

As Rob Steer, Executive Director Commercial Operations in Correctional Services put it: To have public servants getting together with local business people in a frank and informal manner over a very sensitive topic would have been inconceivable 15 years ago.

The questions that had started this turn-around a few days ago were promptly resolved: Yes, the prison is setting up a bakery.

No, it won’t compete with private enterprise.

Yes, it may sell to local businesses products they cannot obtain locally from other suppliers. 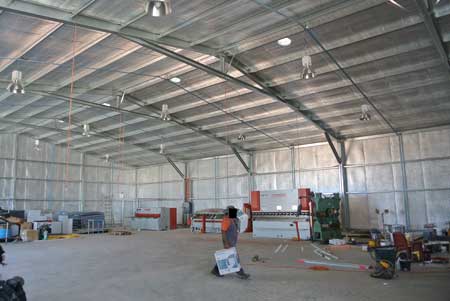 Yes, the prison will be obliged to engage advice on how to set up and run the bakery, through the normal government tender process.

Yes, Correctional Services will be involved with a private company, Wicked Kneads, in establishing bakeries on remote communities.

The first one has already opened at Hermannsburg and there will be several more – details yet to be announced.

While a consensus on the issues involved is yet to be found, the meeting was clearly a good start.

The to-ing and fro-ing indicated common ground and also threw up questions that need more work:-

• The government men took the blame for not being sufficiently transparent in the past about the training, employment and commercial initiatives at the jail. That’s why they called the meeting, they said. ‘That’s our phone number, that’s our email, get in touch’, was the message. This apology was clearly accepted.

• Buying from the prison enterprises is better than buying from Adelaide – or from China: For example, Correctional Services clinched a deal with the builders of the new Darwin abattoir for the construction of stock yards that was about to be awarded overseas.

• Conundrum # 1: What’s easier – starting a new business, employing a bunch of people, wrestling with all the red tape – or picking up the phone to the prison and placing an order?

• Conundrum # 2: When does the prison present a threat to private enterprise? Would it be by offering an easy supply solution that militates against starting a new business?

• Steve Brouwer (airline catering, commercial property investment) posed this question: Has the Town Council, which engages prison work parties in a variety of ways, ever offered an ex-prisoner a permanent job?

• Correctional Services has a community works budget of $1.5m – that’s for jobs such as cleaning up public places after functions.

• Steve O’Burtil (wholesaler) asked what’s the point of training bakers when the town’s biggest bakery, Goodman Fielder, is under threat? Tim Cross, Director, Industries and Employment in the prisons system, told the meeting he’d tried to contact senior staff in the company repeatedly but without success. (The Alice Springs News Online was told recently that the company is continuously reviewing its properties around Australia but that it would not make any further comment.)

• The business community at the meeting was mostly concerned with the impact that any new and emerging government policies may have on their commercial interests. Other than giving “Sentenced to a Job” the thumbs-up, they expressed scant concern for a big section of the population living in conditions unimaginable in other developed countries. 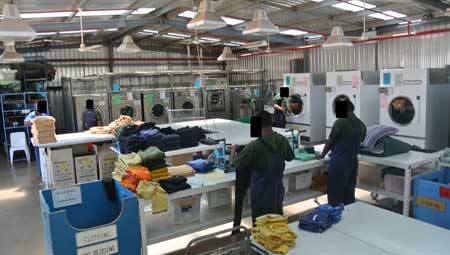 • The government men, by contrast, defended the policy of ending the “warehousing” of criminals. They said work programs had been started six years ago, under the previous government. Minister John Elferink had put the policy “on steroids” and now significant numbers of inmates are in paid work, pay tax, pay outstanding fines, pay rent, and 5% goes to victims of crime. Mr Steer said charging prisoners a “fee for service” is under consideration. (It is noteworthy that people doing time for not paying fines continue to owe these fines. They still have the burden of that debt when they come out. Only when a court hands down a sentence such as “$100 or two days” is this not the case.)

• Surprisingly, there was no discussion about including, as a major asset of the town’s commercial capabilities, a potential workforce of 600 people who don’t drink, don’t do drugs, don’t even smoke, are well rested, well fed, clean, and always on time. Then there is an increasingly well equipped industrial complex, shown to local media yesterday. It’s a bit like Elder Street in miniature, except that none of the businesses are threatening to go bust: a brand new 600 square metre metal fabrication workshop; a number plate factory; a mechanical workshop; the town’s second biggest laundry (the hospital has the biggest); a sewing workshop; and nearby a brand new woodwork shop.

• Superintendent Bill Yan says with contract work the prison turns over about $30,000 a year on horticulture activities and onion boxes “look to be an ongoing thing as the SA company seems committed to growing up here. That turnover for us will be around $20,000 a year depending on their growing capacity. So all up our current ongoing activities generate around $50,000 a year in turnover.”
Mr Steer didn’t hold back in his introductory remarks about the mammoth tasks faced by his staff.

In past 10 years the NT had a 20% population growth. At the same time the imprisonment rate “skyrocketed” by 123%.

$289m a year are paid in unemployment benefits in the NT, said Mr Steer.

Indigenous people make up 85% of the NT’s prison population.

Their education levels are on average lower than Grade One. They have hearing loss. They have no expectation of ever having a job. They have substance abuse issues. English is their second, third or fourth language.

They are good with their hands but don’t necessarily learn the way we do.

He says Quick Smart, an accelerated literacy and numeracy program, is offered in three half hour sessions a week.

This isn’t to guide inmates to be able to read a newspaper, say. It’s to teach them to write their names.

Says Mr Steer: “People are paid a lot of sit-down money – and some might resent this – there are a lot of organisations that are being paid a lot of money and it keeps festering and pushing this along.”

At the same time the whole top third of Australia is looking for 70,000 trades people over five years. We’re in year two. The demand is met by FIFO workers.