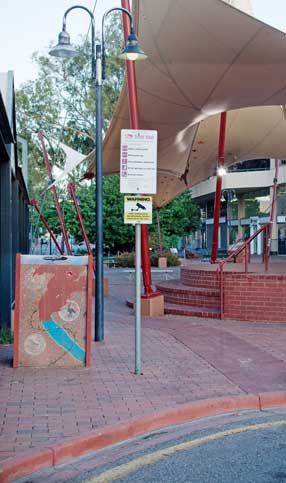 When people say there was no consultation on the revitalisation of the Todd Mall, when they miss the point entirely of the Rainwater Reflection Pan (describing it as a “puddle” – yes, sorry Cr Steve Brown, that was you), there used to be a website where they could better inform themselves. I tried to log on recently, only to be told: “This website is offline indefinitely”.

It was called www.connectingalice.com.au and was put together by Paul Carter’s Material Thinking – a Melbourne-based “design studio that specialises in creative placemaking” and one of the consultants in the mall’s revitalisation process.

Left: BEFORE the revitalisation work, choked sightlines looking towards the Foundation Tree. Photo by Mike Gillam. Below: AFTER, the space opened up, the presence of the grand old tree honoured.

Navigating the site was like going down a rabbit’s burrow. There were all sorts of byways you could take as you explored what had gone on in the consultation. It suited Professor Carter’s approach, which was focussed on stories – the many stories of place that were given to him, that he unearthed and brought to the fore in interesting ways, to underpin the design work. The website would be their repository – full of the community’s riches and freely available to them.

Alas, no more. Like the records of so many consultation processes and reports this one too is now lost from public view.  Responsibility for the site was handed over to the Town Council and at some point in the implementation of the initial two projects – Parsons Street’s “biodiversity corridor” and the reinstatement of Todd Street North – it was mothballed.

Council’s director of Technical Services, Greg Buxton, saw no need to continue it as it was not being “updated” and council’s own site “would inform the public”.

Of course, there’s nothing of the ‘connectingalice’ sort on council’s website, where the information is basic and tending to the technical. Without the openly accessible repository of stories, it will be all too easy to forget the aspirations and creative ideas of many for making Alice’s public places safer, more welcoming, more beautiful, more meaningful.  And when it comes to tackling the next step in our urban renewal, it will be back to square one – again. 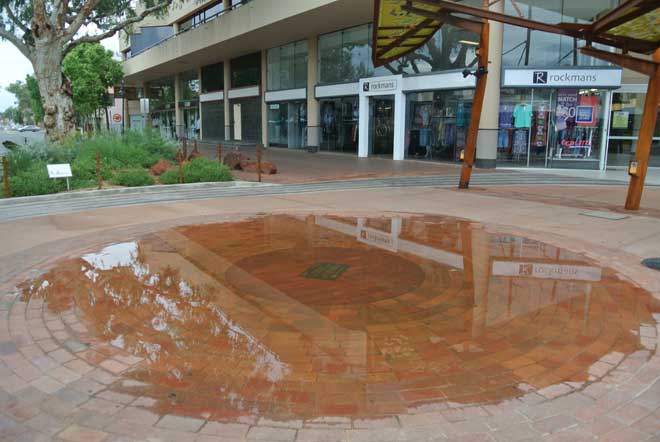 RELATED READING from our foundation archive. The link will take you to the issue, scroll down to find the stories:

Alice to turn fortress mentality inside out

Changing the shape of the town

And from our current archive: