The long shadow of violence 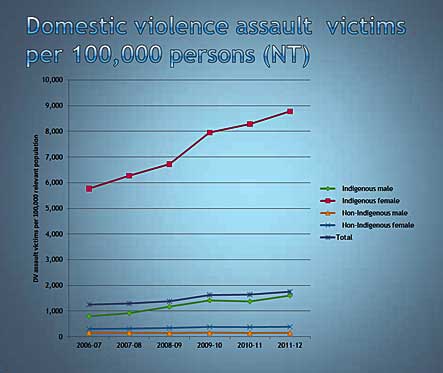 One story behind the statistics

The courts are dealing with “at least 10” such cases a day, said Magistrate John Birch, as he sentenced a man for an drunken assault on his wife. Presumably he meant the Alice Springs Courts, where the daily figure of 10 would not surprise anyone used to looking up the lists.

His comment brought to mind those of Justice Jenny Blokland who recently said that half of the inmates of the Alice Springs gaol are there for assaulting their intimate partners. Overwhelmingly men are the perpetrators, women the victims.

Mr Birch noted that the parliament is concerned about this to the extent that it now requires a mandatory minimum sentence in cases such as this man’s. He was inclined to impose a harsher penalty but he fully suspended the sentence (with an operational period of two years). After completing the paperwork the man walked free, given a chance to try to get his life back on track.

For it had been on track, for 40 years. A Yankunytjatjara man born and raised in Alice, he was known as a non-drinker; he had completed year 12 and his literacy was described by his lawyer as “excellent”; he had almost always been in work and was at the time of his arrest; he had never been in custody, had no prior record of violence; he had had a first marriage of 20 years, raising six children, without any record of domestic violence; he had been with his current partner for seven years and until 2013 their relationship too had been without reported trouble and had yielded one child.

What had changed? In 2013 he had started drinking. After more than two decades of sober adult life, why? The defence did not propose a direct causal relationship but did point out that the man’s life within the last decade had been marked by two tragedies: first the murder of his brother; then the death of his stepson at the hand of a cousin. He had raised both young men.

There was no “rapid shift in his behaviour” after these tragedies but the defence saw it as “more than mere coincidence” that he had started to drink, while not proposing   that alcohol was any kind of excuse for the crimes he was charged with. Mr Birch accepted the likelihood of a link. 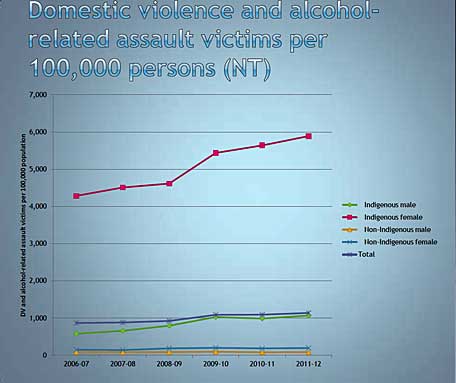 Whatever the case the drinking, which the couple did together and in large quantities, led to an unravelling starting last May when in drunken jealous arguments he had pushed his wife on one occasion and punched her on another. He then breached a Domestic Violence Order in June (the details of which had been dealt with previously and were not repeated in court this week); finally, at the end of June, in another drunken jealous argument he really let fly.

His wife, also drunk, had hit him twice with a stick and he retaliated wildly, punching, striking and biting her.  She suffered lacerations to her head, a split to the side of her mouth, bite injuries to her forearm, ear and a finger.

It was the wakeup call. When the man sobered up and realised what he had done, he took himself to the police station and asked to be arrested: “I’ve done bad things … lock me up,” he is reported to have told the dismayed constable behind the counter. He was arrested, charged, participated in an electronic record of interview, making full and frank admissions, came before the court and had been in gaol on remand ever since (just over four months).

His defence lawyer stressed how unusual this course of action was. Mr Birch also commented that the case was not the “normal run of the mill”.

The man sat with his head hung in shame during the magistrate’s sentencing remarks. His guilty pleas earned him a 25% discount on his penalty. For all offences he was sentenced to 11 months and 12 days, backdated to the date of his arrest and fully suspended. He must stay out of trouble for two years and participate in rehabilitation programs as directed by his probation and parole officer.


The graphs come from a powerpoint titled Unnecessary Suffering, presented by Justice Jenny Blokland at the 2013 Bali Conference of the Criminal Lawyers Association of the NT. The top graph shows the heavily disproportionate representation of Indigenous women in domestic violence assaults; the bottom graph shows that alcohol plays a role in more than half of them.

The full powerpoint can be downloaded from the CLANT website.