What the Feds can do for our tourism 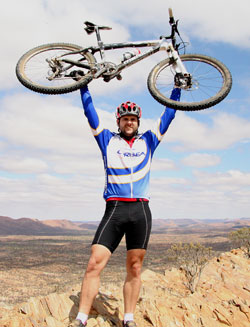 Keep them going or, better still, put more money into two initiatives boosting their industry is at the top of the Tourism Central Australia (TCA) Federal election wish list.

TCA General Manager Jaclyn Thorne says one scheme is the National Landscapes program for which Central Australia is one of 16 regions picked around the nation.

“We are able to apply for grants from the Department of Resources, Energy and Tourism in Canberra.

“A variety of funding programs are available for tourism development and TCA would like to see these continue,” says Ms Thorne.

The money is usually granted to businesses creating facilities or attractions that encourage visitation, and given on a dollar for dollar basis.

Ms Thorne says ideas for The Centre are luxury tent accommodation at Ormiston Gorge, a tethered balloon at Uluru and mountain biking in the hills around The Alice.

Amounts granted are on the basis of the project’s merits and there is no limit to the number of projects in any given region – the available money being the only limit.

Past recipients in Alice Springs were the Aurora Hotel, upgrading its rooms to four-star standard, and the Turf Club, for upgrading its function room.

Ms Thorne says Alice Springs shares with Broome the distinction of being chosen for trialing a tourism employment plan, dealing with the chronic high turnover of staff.

“There are great opportunities here for large leaps in careers,” she says.

It’s not unusual for a new employee to run the department six months later.

The program will encourage gap year students and holders of working visas to stay longer in The Centre, she says.