Juvenile in court on two charges of sexual intercourse without consent 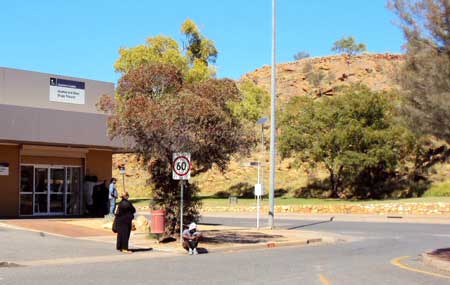 A youth was charged in Alice Springs Youth Justice Court this morning with two counts of sexual intercourse without consent.
He was remanded in detention and the matter was adjourned to July 2.
The police prosecutor stated about 24 further charges would be laid and applied for an extended brief, which was granted.
The defence lawyer made application to close the court, which the prosecutor said he would not oppose. Magistrate David Bamber heard the application in closed court but ruled against it.
However he suppressed the youth’s name and all details tending to identify him, due to his age and the nature of some of the offences.
The youth’s father was  in court. The youth looked across at him a couple of times but otherwise kept his eyes on the floor.
Other charges against him include aggravated entering a dwelling with the intent to commit an offence, two counts of stealing, aggravated unlawful use of a motor vehicle, damage to property, aggravated robbery and two counts of deprive a person of personal liberty.

Pictured: The Youth Justice Court (formerly the site of a pizzeria).