The final meeting of the 11th Alice Springs Town Council started with fine sentiments and a few tears but descended into a brawl before the night was out.
The aldermen not seeking re-election – Murray Stewart, Sandy Taylor and John Rawnsley (Jane Clark was absent) – were presented with framed certificates acknowledging their service by Mayor Damien Ryan.
They all spoke, with undoubted sincerity, about the privilege and honour of the role and Ald Taylor cried, as she did on the day of her investiture four years ago.
The meeting then proceeded fairly calmly, often even blandly, until questions without notice, when Ald Rawnsley demanded of Ald Samih Habib Bitar an apology for what he considered a “highly offensive” remark.

Ald Habib Bitar, who is seeking re-election and also running for mayor, had apparently compared council’s approach to graffiti removal (requiring the property owner to act, with penalty for non-compliance) to a measure of Adolf Hitler’s Germany. He refused to apologise, arguing that the comment was historically accurate – a comparable measure had been introduced in Germany in 1941, he said.  Council’s by-law was a “re-victimisation of the victim” and an attack on human rights, he contended.
The ensuing slanging match saw Ald Rawnsley accused by Alds Stewart and Melky of “electioneering” by using the meeting to attack a mayoral candidate, with Ald Rawnsley becoming increasingly upset and Ald Taylor leaving the chamber.
Ald Stewart suggested that Lebanese-born Ald Habib Bitar should be cut some slack as he comes from “a very different environment” and may understand the reference to Hitler’s Germany differently. Ald Habib Bitar didn’t much like this line of defence, reminding the chamber that he had lived in Alice Springs a very long time. Somewhere in his on-going heated exchange with Ald Rawnsley, which continued no matter who else was trying to say something, Ald Habib Bitar apparently swore and was reminded by the mayor of the code of conduct for the chamber.
Mayor Ryan alternated between joining in – he too was unimpressed by Ald Habib Bitar’s comparison – and trying to restore order, finally calling a five minute break to allow things to cool down. The relationship between him and Alds Melky and Habib Bitar has become unworkable and will provide an ongoing distraction in the new council if it’s not sorted at election time.

The tense atmosphere over-shadowed the more worthwhile initiative of Ald Rawnsley that followed: pale-faced and almost unable to speak, he proposed a motion to call on both the NT and Australian governments to provide more policing resources to Alice Springs “on a sustainable basis”. He linked the call to the announcement yesterday that the Australian Government has provided $53 million to deliver 94 more police to Darwin, primarily to ensure good order at the city’s immigration detention facility. He also linked it to the “continued role of Australian Government policy in this region”. He said that it’s “a fact” that the town’s law and order issues are related to the Intervention.
The motion was carried unanimously. An additional motion by Ald Habib Bitar to have the federal police intervene in Alice was defeated.
PICTURED clockwise from top right: Aldermen John Rawnsley, Samih Habib Bitar and Sandy Taylor. 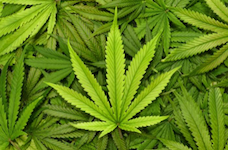