Home Issue 39 People in bush shake down those who help them: allegation
Issue 39Volume 18

People in bush shake down those who help them: allegation 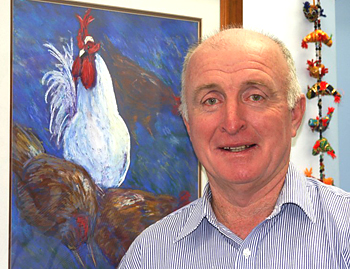 Aboriginal land councils are reportedly asking huge rents for land needed to house public servants in the bush, and providing the very services – education, health and police – the land councils are clamoring for. Independent MLA Gerry Wood says such land should be under a peppercorn rent.
But the NT Department of Housing (DoH), which negotiates rent with the land councils,  says in a statement to the Alice Springs News Online: “Traditional owners have not accepted a ‘peppercorn rent’ for lots [pieces] of land occupied by Government infrastructure” although past leases “have been negotiated on a peppercorn lease payment basis in recognition of the significant government investment in remote housing.”
We have learned that on one community police are short staffed, and another one needs more teacher housing, as negotiations with the Central Land Council (CLC) are deadlocked over rents to be charged. Mr Wood, speaking about local government services to people on Aboriginal land, said in the Assembly last week that land councils are seeking to charge “very large amounts of money” to provide unserviced land for public servants providing essential services to locals. And Senator Nigel Scullion told last week’s estimates hearings that while the Federal government had made lease payments to land councils under the Intervention, traditional owners had still not received that money because it was seen by the land councils as being not enough, although the rents had been set by the NT Valuer General. Senator Scullion says the land councils are clearly “bloody minded”, blocking services the taxpayer is prepared to provide to the land councils’ own constituents. “They have plenty of land and they are screaming out for teachers,” says Senator Scullion. He says he has asked the Federal Government to intervene. Canberra has powers to direct the land councils, says Senator Scullion, as they are Federal statutory authorities, but the government has refused to act.
The DoH says the land councils are in discussions with the Australian Government in relation to retrospective payments for five year leases.
The notion that government facilities should be on land which has security of title started with the Intervention which began in 2007. There are three types of leases, according to the website of the DoH:- • whole-of-township leases with the Executive Director of Township Leasing (on behalf of the Australian Government); • housing leases with the Australian Government or NT Government; • five-year leases, considered sufficient security for minor works to go ahead, are held in about 50 communities by the Australian Government. Some of these will expire in August 2012 and others in February 2013.
Says the DoH: “In 2010 the Australian Government agreed to pay retrospective payments for these leases and payment was made based on values provided by the Australian Valuation Office.
“The Land Councils have challenged these values.”
Where the Australian Government holds leases, it has delegated responsibilities associated with property and tenancy management to the NT Government for remote public housing. There are 16 NT communities that have been allocated capital works under the SIHIP housing program requiring that new investment “must be supported by appropriate land tenure arrangements”, either a whole-of-township lease or a housing precinct lease. 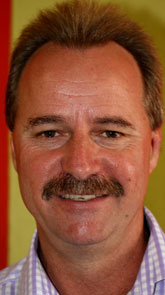 A 40 year housing precinct lease provides the minimum tenure required, says the website. Ken Davies, the DoH CEO, says the process followed in delivering new Government Employee Housing (GEH) projects includes:- • When funding has been secured the NTG requests a lease from (in Central Australia) CLC for the purpose of constructing GEH . • The CLC then consults with the traditional owners who either agree to a lease in principle or reject the application. • Leases are negotiated under Section 19 of the Aboriginal Land Rights (Northern Territory) Act. • The leases are between the parties, the relevant Land Trust, the CLC and the NT Government. There are no precedents for the time it will take to enter into a lease for GEH. New GEH in the region will be required to support the significant new infrastructure projects, says Mr Davies, but he did not specify the number of dwellings needed currently. Mr Wood says “government assets, non-profit assets, should not be charged any more than a peppercorn lease. “It seems that the Commonwealth government believes that any government assets out there on Aboriginal land should be hit for a large sum of money. “What they do not understand is that some of these [shires] do not have much money and if they have to pay leasehold money to a group of traditional owners or the land council, that means fewer services. “These are non-profit bodies, the [shires] and they are providing services to the very people who want to charge them a large amount of money. “Notwithstanding, most of those people, unless they are paying a fee through Northern Territory Housing, are not paying any rates to that [shire].” A spokeswoman for the Department of Education says the Arlparra School (Utopia) currently has 141 enrollments.
This includes primary students from the Utopia Homeland School. She says: “There are two vacant teaching positions.
“There are housing constraints but there are plans for an additional six dwellings once land tenure is finalized.
“The proposed site for the houses is Aboriginal land held in trust by the Central Land Council.”
The Alice Springs News Online has invited the CLC to comment.
Says the DoH: “The NT Government is currently finalizing its position on lease payments. “Housing leases are required to underpin construction of new remote public housing.”
Pictured: Teacher housing in Hermannsburg (top). Chook farmer and Independent MLA Gerry Wood (above right) and Senator Nigel Scullion.

The dates of key events in the Chamberlain drama

These dates of key events in the Azaria Chamberlain saga, subject of a major documentary on the 40th anniversary, were compiled by Alice Springs...
Read more
Issue 39